I’m shaken, not stirred over the revealing of a major plotline in the new Bond movie because I haven’t seen it yet!

I’ve not been to the cinema for over a year. I’ve been starved of the smell of popcorn, the excitement at seeing trailers for upcoming releases, that blissful feeling of shutting my phone and the outside world off for a few hours.

And yet my long overdue trip to the flicks to see a film that has been on hold for the last two years has now been ruined.

Why? Because thanks to a friend on social media, I now know a major spoiler for the new Bond film. Because it didn’t even occur to them that giving away the ending might just ruin it for those of us who have yet to find the time to see it. Those of us who are happy to wait a week or two for the hype to die down and watch it in a half-empty cinema. Those of us who have been avoiding spoilers and reviews for this very reason.

And I’m pretty livid, to be honest.

No Time to Die, the 25th film in the Bond franchise and Daniel Craig’s last as 007, was released on September 30th after a two-year delay due to the Covid-19 pandemic.

Many queued outside cinemas for the midnight screening on the day of its release. They did it in pre-Covid times, and after being starved of cinematic entertainment for the last 18 months, I couldn’t blame them for being first in the queue.

But then there are those, such as myself, who are happy to wait until the masses have had their fix and then go and see it, in a nice empty cinema, a week or two later.

Which was exactly my plan for the new Bond film.

To be honest, even in pre-pandemic times, I’d always wait a week or so before seeing a new release. I was so late seeing the final Avengers film that there was just me and a mother and her teenage son in the cinema. No chattering, no phones going off or lighting up, no noisy munching – absolute bliss.

And yet despite seeing it three weeks later than everyone else, I still managed to avoid spoilers. I muted key words on Twitter, avoided reading any reviews on Facebook, friends kept schtum, happy to discuss it with those that had seen in private chats away from those of us that hadn’t.

And I’d done the same with Bond. It was released 10 days ago and people have been very careful about posting anything that might even give a vital five minutes of the story away. Friends that saw it during the opening weekend raved about it but left it at that with lips firmly sealed.

So there I was, lazing in bed on Sunday morning, sipping my tea and scrolling through Facebook to see how my friends and family were and what they’d been up to over the weekend.

Lots of them had gone to see Bond but had either done pre-screening ‘excited face’ check-ins or just a thumbs-up as they left.

In the second line of their post, there it was. No subtle hint, no “look away if you don’t want spoilers”. No. The spoiler that I – and many others – had been avoiding was right there, glaring me in the face.

I was fuming! And I made my thoughts to said friend very clear as I took them to task for being so utterly selfish.

And I wasn’t the only one who was angry. Every comment underneath berated them for not only ruining it for those who have yet to see the film, or for not giving any warning, but for also writing it in the first place!

Why? Why would they do that, we asked. Why on earth would you ruin it for everyone else?

“Whoops,” was the response from said poster, excusing their slip-up on the fact that they had assumed most people had already seen it.

If it had been a year after its release and it was available on satellite, cable or streaming services, then fair enough.

But it hasn’t even been out for a fortnight! I am half an hour away from my nearest cinema (the one I have a membership card with anyway) and with my working hours, it’s not been easy to plan an evening in which I can spare almost four hours getting there and back and watching a three-hour film in between.

And I just speak for myself. What about others who work shifts, have small children and don’t have access to childcare? Or those who can’t afford the opening weeks’ prices and have to wait until the price drops when it’s no longer considered a new release?

And this isn’t the first time this has happened either. Because I hadn’t sat up to watch the 2am screening of the latest episode, or hadn’t been able to on the night, Game of Thrones plotlines were ruined. Same with The Walking Dead.

I’ll get over the unwanted Bond reveal and will go and see it anyway on the advice of friends who told me it’s a cinematic masterpiece and has got to be seen on the big screen.

But for the love of god, people. Please think before you post on social media in the future. Don’t ruin what to some people is a chance to return to normality and a few hours indulging in some much needed escapism just because you can’t keep your big mouths shut. 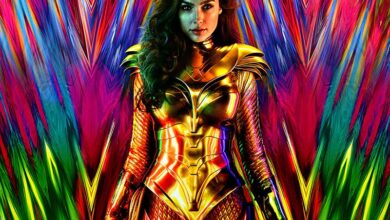