Still life on our streets…

On July 30 a London statue made headline news. Rather than another vandalised monument to a disgraced political figure, the bone of contention in this case was a 9.4 metre high pile of whipped cream with a cherry on the top, a bluebottle and a hovering drone, conceived by artist Heather Phillipson.

It is the latest work to adorn the vacant “fourth plinth” in Trafalgar Square – a site reserved for talented young sculptors. Past occupants of this plinth have included Marc Quinn’s sculpture of the nude and truncated form of Thalidomide victim Alison Lapper, and Yinka Shonibare’s HMS Victory in a gigantic glass bottle.

Enigmatically titled “The End”, Ms Phillipson’s massive pile of whipped cream baffles and delights in equal measure. She explained that the work reflects Trafalgar Square’s role as “a site of celebration and protest, that is shared with other forms of life” – in this case, a symbolic bluebottle standing in for the square’s much depleted pigeon population.

It seems that during lockdown we have all gone statue crazy. For the past three months the protest movement Black Lives Matter have held demonstrations calling for all statues of individuals with past links to slavery to be removed. This led to a hated monument to the “philanthropist” Edward Colston, a man who had made his fortune in the slave trade, being torn off its plinth and dumped in Bristol Docks. To add insult to injury, Bristol’s empty plinth was later filled by Marc Quinn’s statue of black protester Jen Reid, her fist raised in defiance.

Instead of focussing on politicians, overpaid bankers, or polluting oil corporations, attention-seeking protesters have turned their anger on physical symbols of oppression. They have realised there is far more publicity to be gained by threatening to topple statues. Because statues are highly symbolic. When coalition forces marched into Iraqi capital Baghdad the symbol of their victory was the toppling of a gigantic statue of Saddam Hussein, echoing similar destruction meted out on statues of Lenin across the former Soviet Union.

That said, certain statues or monuments exert an iconic power. The stocky figure of Winston Churchill wrapped in a military greatcoat on Parliament Square represents the struggle for freedom against tyranny.  And the Cenotaph, the scene of national mourning for the victims of war on Remembrance Day.  The individual who spray painted the words “is a racist” under Winston Churchill’s name on the plinth may have had little concept of the political backlash or the offence this would cause.

Whatever we might think about this – and the protesters clearly think they have a point to make – “statue wars” shine a light on the values we hold collectively and how important statues are in our urban landscape. So, is it time to re-evaluate?

Like many Londoners I used to barely give our statues a second glance. The statue of Eros in Piccadilly Circus simply represented a convenient meeting place for a night on the town. But in these days of statue rage and highly polarised opinion I am now conscious of the important part monuments play in defining our national psyche.

It is clear to me, for example, that the many statues erected in Whitehall during the late Victorian period at the height of Empire were intended to present Britain’s past in a favourable light and were a carefully curated expression of Imperial power.

I now realise that the statue to Robert Clive of India outside the Foreign Office is a monument to greed and corruption. Clive’s mishandling of the Bengal famine of 1770 directly led to millions of unnecessary deaths. There is no escaping the fact that he plundered the wealth of India for personal gain.

Even so, I would leave statues like Clive’s to tell their own story. Who are we to reinterpret the past according to twenty first century “woke” concepts of right and wrong?  Clive was a product of his time, and removing his statue will not remove the man’s legacy for good or ill. We should treat it as a history lesson.

So, what to make of the huge pile of whipped cream and assorted objects now gracing Trafalgar Square?  This, like the nude Alison Lapper, is bound to arouse strong feelings. But to me it is a bit of fun that brightens up my day. Whatever we feel about this statue, it will be removed in Spring 2022.

This thought opens another possibility. Perhaps it’s now time statues that arouse controversy and divide opinion are re-assessed and given a sell-by date. 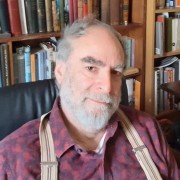 Does reality TV still have a place on our television screens?

So, it’s ok to punch women who have opinions?