If you want to be on the right side of history, don’t burn books. This should be an incredibly obvious statement to make, but in 2020 it’s one that apparently needs saying. Not least because, on the same day the idea of burning JK Rowling’s new book Troubled Blood was cheered on social media, the hashtag #RIPJKRowling was the No 1 trending topic. Very progressive, everyone. Yay death threats.

As a middle-aged straight white male, the trans debate is one I should steer well clear of. It’s not my battle to win. But the unceasing toxicity aimed at an author who should be hailed as a progressives’ role model is appalling, no matter what your views on trans rights.

Rowling was the working-class single mum and domestic abuse survivor who, no sooner had she become richer than the Queen, promptly gave away so much of her Harry Potter earnings that she fell off the Rich List. This seems a perfect example of socialism in action, but that isn’t good enough for Those Who Are Truth Seekers. (Make up your own acronym.)

The far-left have been suspicious of Rowling ever since she somehow beckoned Harry Potter’s powers into the real world to magically predict Jeremy Corbyn would prove unelectable. Rowling’s presence on Twitter has long caused unending vitriol, this wrong kind of successful proletarian woman is constantly harassed off social media in a malevolent game of whack-a-mole.

Rowling’s views that trans people deserve respect, but that they won’t be “real” men or women even if they have sex change treatment, have been expressed eloquently by the author. She can write pretty well, JK Rowling. Who knew? Maybe history will prove her wrong. Maybe science will. But what categorically won’t happen is persuading Rowling, or anyone else with an ounce of decency, to change their mind by death threats and book burning.

In a bizarre twist worthy of one of Rowling’s Robert Galbraith thrillers, the cheerleaders of setting fire to her novels are Jedward. No, really, that Jedward – the Irish twins off The X Factor last heard of when their single Waterline crashed in to the chart at No 122 in 2012. If you want to summarise the warp-speed velocity of 2020’s news cycle, Jedward’s recent social media revival should be a university module.

Ignored since their nice-but-dim antics ran out of gas as emergency panel-show bookings about five years ago, Jedward suddenly re-emerged in August when they took on the equally unlamented Jim Corr on Twitter over coronavirus. Jim, tin-foil hat permanently welded to his bonce, went on a rant about not wearing masks that inevitably mentioned his anti-vax views too. The relative voice of sanity, Jedward told Jim to pipe down and wear a bloody mask. Buoyed by the hilarious and seemingly innocuous notion of Jedward v The Corrs as a hardcore Twitter beef, Jedward were back, baby.

Before you knew it, Jedward had completed another level of Coronavirus Rationality by telling former Stone Roses singer Ian Brown that his weed-addled views on pandemics and vaccines were also dismal nonsense. The once-great singer of I Am The Resurrection intellectually bested by John and Edward O’Forfucksake? How very 2020. What light relief to distract us from a second wave.

Jedward were perfect for resurrecting by illiberal liberals all along – their hair looks like a unicorn’s mane and their docile cow-eyed stare is a terrific advert for veganism. But that’s when Ed and Johnward got too cocky. It’s instructive that whoever manages Jedward advised the lads that, sure, book burning is a mainstream fun idea that’ll get you intellectual brownie points, especially if you tell people to do it to a successful woman. They tweeted: “Does anyone need firewood this winter! JK’s new book is perfect to burn next to a Romantic fire. Aww get all cozy and comfy can’t wait.” Leave aside the almost-as-offensive punctuation and spelling of “cosy” and scream at where progressive society has reached. Eight thousand retweets and 49,000 likes later, book burning is also back, baby. Hey, why not? It’s not like piles of burning books has ever ended badly in history.

As if it needed to be said, there are valid criticisms to be levelled at Troubled Blood featuring a transvestite – not transsexual – serial killer. It’s not exactly a ground-breaking premise, with Silence ​Of The Lambs and Dressed To Kill merely the most successful examples of a crazed cross-dresser. The book is also 944 pages long. Like Stephen King in the ‘90s, Rowling could undoubtedly do with a bolder editor. As a fan of Rowling/Robert Galbraith’s Strike series, if it turns out the serial killer’s identity as the transvestite character isn’t revealed until page 943, I’m going to be furious. Is Rowling’s portrayal of the transvestite at least sympathetic? That’s the point: nobody knows.

For a book no-one has had chance to read yet, there aren’t half a lot of “experts” denouncing it. Many of the criticisms surrounding the book are a cacophony of thickness. One tweet gaining a lot of traction claimed that, in writing under the alias of Robert Galbraith, Rowling was a hypocrite to express views on gender identity because she’d taken on a man’s name to sell more books. Quick reminder: before Galbraith’s real identity was unveiled two books in, Rowling’s publishers could have stapled £20 notes to the cover and the Galbraith novels would have sold fewer copies than if they’d been emblazoned with “By Harry Potter author JK Rowling!”

However the trans debate progresses, let’s hope it does progress. It’s desperately tragic that a vulnerable group is having its views popularised via such despicable means. Because one thing is abundantly clear: if you’re making death threats against someone for differing views, you’ve lost the moral high ground straight away. And if you’re standing outside Waterstones with placards and a box of Swan Vesta, you’re definitely not progressive. 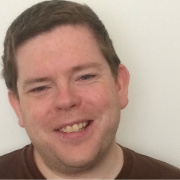 John Earls writes for titles including Classic Pop, NME, Record Collector, When Saturday Comes, The Daily Star and The Daily Express. He is on Twitter at @EarlsJohn. 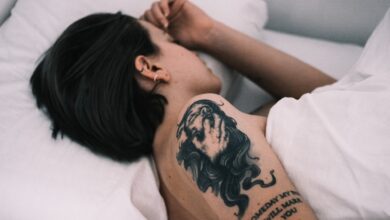 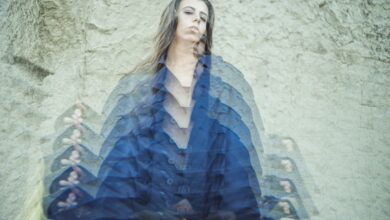