I love a good conspiracy theory. And with any major world catastrophe, the tin foil hat brigade is always going to want to have their voice heard…

Some theories are laughable and are nothing more than raucous chit chat down the pub.

But some theories can also be dangerous.

As my friend and uncancelled co-founder Miranda Levy wrote a few days ago, the world is seeing an ever-increasing army of anti-vaxxers. They would refuse a Covid vaccine because they deem it unsafe or they don’t believe the disease exists in the first place.

But now some of the anti-Covid, anti-vaccination, anti-5G brigade have a more sinister take on it all: the all-seeing, data-collecting microchip.

I was prompted to write about it this morning after seeing some Twitter posts that claim that when we all line up for our Covid-19 vaccinations, we will also be microchipped in order for the global governments/Bill Gates/Big Pharma to track us.

One person shared a cutting – from an unknown source, natch – that claimed before each vaccination is carried out, the medical worker administering it taps their smartphone to an NFC (Near-Field-Communication, a method of wireless data transfer between two electronic devices) tag at the end of the syringe, which then captures a “unique serial number” allowing the phone to collect data such as date, time, where the vaccination was carried out and to confirm the vaccinee has received their jab.

Nothing too alarming about that, right? Surely it’s standard procedure for any doctor to make a note of these things when vaccinating someone? I know my GP did when I went in for my jabs before going to India.

So why the cause for concern, you may wonder? Because according to the theorists, there isn’t just an NFC tag on the label of the syringe. Oh no, there’s also one that is injected under the skin at the same time as the vaccine.

Did they cite medical evidence for this? An official announcement from the World Health Organisation?

Also, has any of these people ever had an injection before? How big would the needle have to be to inject a microchip into someone, for crying out loud!

Not only did I chuckle at all of this, but it also made me laugh that this person used a laptop or mobile phone to post this tweet. They probably also use bank cards and have an Oyster card and other technologies that can track their movements. Or have an Alexa installed in their home. These major companies don’t need microchips, they already have all the information they need.

We’ve all had the ‘woah!’ moment when we buy something online or even mention a product and suddenly ads appear everywhere on our social media timelines, or web pages we happen to be reading.

Also, the UK has one of the largest number of CCTV cameras in the world and according to the British Security Industry Association (BSIA), there are an estimated 4-5.9 million cameras across the country.

If the government wants to find someone, they will.

But while we might jeer and scoff at these ‘cranks’, maybe it’s not actually a laughing matter and we should be concerned about the influence they may have on others to follow suit in their beliefs.

They’ve only got to target those who have grown to distrust the governments and their handling of the pandemic and look on the powers that be in a sinister and malevolent light.

A study conducted by the University of Oxford in May showed that there is a disconcertingly high number of adults in England that do not agree with the scientific and governmental consensus on the pandemic.

Out of 2,500 of those polled, 40% believe that the spread of the virus is a deliberate attempt by powerful people to gain control

Professor Daniel Freeman, Professor of Clinical Psychology, University of Oxford, Consultant Clinical Psychologist, Oxford Health NHS Foundation Trust, and study lead, said: “The details of the conspiracy theories differ, and can even be contradictory, but there is a prevailing attitude of deep suspicion.

“The beliefs look to be corrosive to our necessary collective response to the crisis. In the wake of the epidemic, mistrust looks to have become mainstream.”

In June, Anna McLaughlin, Clinical Neuroscience PhD student at King’s College London, published a paper on Covid-19 conspiracy theories, the flawed science behind them and how stress and vulnerability can play a part.

She said the pandemic had provided “the perfect environment for false rumours and fake news to flourish. Concrete evidence about the virus has been frustratingly slow to emerge and the advice given by public health organisations and governments has often felt inconsistent and peppered with caveats”.

She added that with so many people stuck at home and spending a lot of time online, people took it upon themselves to search every corner of the internet to find information, whether official or from conspiracy theorists.

She added: “The issue is that when people are under heightened stress and they want to resolve uncertainty, they can lose their ability to weigh and judge information effectively.

“Conspiracy theories tend to be grounded in unusual coincidences or misunderstood science, and they use highly emotional language to appeal to others.”

And you’ve only got to look on social media to see how this misinformation is being spread.

Thankfully, there is – almost – enough logic in this world to determine that this was an unprecedented and novel virus that every country around the world has done their best to fight and control, albeit some better than others.

There’s no denying Covid-19 has knocked the world for six, killed hundreds of thousands of people, left others facing a long-term recovery from it, increased mental health and domestic abuse cases, has left the entertainment industry hanging by a thread and created a economic disaster that the next two generations will be left paying for.

But it’s a disease, plain and simple. It exists. And one we may well have to live with.

And of course, if it turns out that we will be forced to be injected with microchips a la Logan’s Run, then I will stand corrected.

But as unpredictable and upended this year has been, we are not living in a sci-fi movie.

And considering what an absolute pig’s ear this government has made of this crisis, I doubt they have the capability to plan something as sophisticated as this when they can’t even manage a track and trace system without ballsing it up.

So while we can allow the conspiracy theorists to spout their nonsense for our entertainment, let’s also remember that there is a darker side to their agenda and we must do all we can not to encourage them and add fuel to their fire.

Because then all reasoning and logic will be gone for good. And this planet is doomed enough already.

The [Covid] diary of a psychotherapist 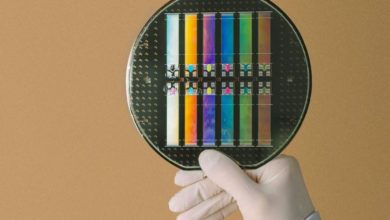 Fitbit for the brain or beginning of the end of the human mind?