A closer look at the mesh debate…

It’s been described as one of the biggest healthcare scandals of this generation which has prompted widespread condemnation, government investigations and in some countries, a total ban.

Mesh implants, which are used to treat pelvic organ prolapse and incontinence, have left some women unable to walk, work or have sex after having the treatment.

In July 2018, the NHS implemented a temporary ban on the use of vaginal mesh for stress incontinence, unless it was considered absolutely necessary. This ban is still in place (which was extended in March 2019.)

Yet, while developed nations and their media are realising mesh implants are a cash cow and the scientific evidence to support their use is flawed, manufacturers are busy using aggressive marketing tactics to push their products elsewhere.

Countries like North Africa, the Middle East, India, China and Japan are the new target for this multi-billion-dollar mesh industry, which will stop at nothing to peddle the line that mesh implants are an effective treatment option for stress incontinence, prolapse or hernia with low complication rates.

In the UK, a hard-hitting two-year report published in July this year, concluded that women have been failed by the healthcare system and subjected to defensive denial of their suffering, which has been compounded by a system of virtually no regulation or follow up.

In the UK, women are waiting for up to two years for mesh removal, on cocktails of high strength medications costing the NHS a fortune.

What will happen to women in poor, under-developed nations who are given mesh implants but have nowhere to turn? What for those women who have no internet access let alone the language skills to read media articles in a foreign language, to work out that their pain, suffering, and distress was caused by an operation that was meant to help them but ended up destroying their lives?

And all this in countries where there is no easy access to high dose pain medication like oramorph, tramadol, gabapentin or fentanyl patches.

What will happen to those women whose mesh slices their urethras, into bladders and bowels or through vaginal walls? Women with rectopexy mesh who have stomas fitted and vomit stool as a complication? This sounds like something out of a horror movie, but sadly these complications are the day to day chat on support groups globally where distressed women help each other through dark days of suffering.

One said: “If transvaginal mesh is performed by an expert, the outcomes are great with minimal complications. Our data is good and hence we don’t pay any credence to the international debate.

Another added: “Over the last 15 years, the technique has been improved to become very safe and effective. The most important point is to place the mesh evenly without wrinkling. The operation time for anterior transvaginal mesh is less than 30 minutes.

“Japanese women over 60 years rarely go to the internet to check the outcomes of transvaginal mesh surgery as all articles are mostly in English. Older Japanese women are not usually proficient in English and hence cannot get information from other countries. We do explain the international concerns regarding transvaginal mesh with the patients, but they don’t care as we show them our results.”

Sadly, their results will be based on questionnaires asking women if their prolapse is fixed. They won’t be logging new onset of pain, complications, infections or loss of sex life – a tragic complication for seven in 10 women on support group Sling The Mesh. That means their results are biased, flawed, skewed, totally wrong – giving these woman false information and an uncertain future. 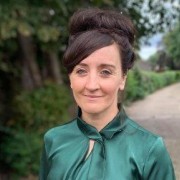 Kath Sansom is the journalist who founded the Sling The Mesh campaign in 2015 to raise awareness of the irreversible and life-changing complications of polypropylene plastic mesh implants which are used to treat stress incontinence, prolapse and hernia. The campaign has been a stakeholder on NICE guidelines, prompted Parliamentary debates and given evidence to the Australian government on mesh implants. The campaign has helped bring about a hard-hitting document called First Do No Harm by Baroness Julia Cumberlege in which she slams healthcare professionals, regulators, professional bodies, the medical industry and the NHS for catastrophically failing patients.

Illustrating the mood of the moment

The Lebanese are still suffering 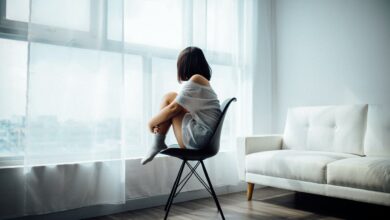