The title drew people in, the promise of steamy sex scenes. But its mainly female audience would never have stayed with a programme that was just about sex. The sex may have got them there. But it was love that kept them.

Likewise, so-called chick-lit books and romcom films always have a splash of sex in them. But love is what we’re really after. And the very best “women’s films” as they used to be called in the golden age of cinema, such as Now Voyager, Stella Dallas and even Gone With The Wind, have no sex scenes at all. They don’t need them. It’s love that we bought our tickets for. And Stella Dallas isn’t even about adults falling in love – it’s about the enduring love a mother has for her child. That’s why it’s a classic.

In all the proclamations of sexual identity – which these days includes eschewing sex altogether – love never gets a look in. Almost as if it’s now the most forbidden topic of all! You can desire sex of any kind, proudly proclaim your proclivities for it. But in all these declarations I never see mention of the word love. It’s almost as if it’s taboo. Yet isn’t love what we really want? Someone to love who will love us back? Isn’t that – if you can find it – the very best reward life can offer us?

Sex is only the attraction that gets you there, if you’re lucky. But it doesn’t keep you there. The novelty of reciprocal physical attraction makes those first few weeks with a new partner as heady as heroin. You can’t wait to see each other again. You want to be with them all the time. You want to be doing it endlessly. But it’s only lust. And it doesn’t last at such an intense pace for very long. Lust gets you through the door. But love is what keeps you there.

And if you do find lasting love – I’m talking decades now not just years – the sex part becomes even less important. May even disappear altogether. But you stay. For love and because long-term companionship is the golden ticket most humans most desire. Not all. Some people are perfectly happy on their own and that’s fine. But humans are designed to pair bond in order to raise children in safe, loving, environments. The high divorce rate doesn’t belie this – most divorced people remarry. The optimism for lasting love remains.

So why isn’t this most important driver of human behaviour promoted more? Or even at all? Why is all the emphasis on sex which is, let’s face it, a purely mechanical act which while it gives great pleasure in the moment, isn’t meant to last. Love is what lasts. But corporate bodies promoting rainbows to declare themselves diverse enterprises open to any kind of sexuality never mention love. Why? Because there’s no money in it!

Campaigning around sexual rights brings in funds and boosts a company’s image. A rainbow logo makes a corporation or charity look good. But it’s all about acceptance of sexual orientation. Always the emphasis is on the sex part. As if we are just sexual creatures when humans are so much more. More than one gay friend, male and female, have complained to me that they are only seen as sexual beings. As if their orientation is the sum of all their parts. This is reductive and actually quite insulting. It’s why arguments some make that only gay actors should play gay characters reduces a person to their sexuality and nothing else.

The 1961 British film Victim, which starred Dirk Bogarde and Sylvia Sims, was the first English language film to actually use the word homosexuality. Yet love was used too. The film was a cry of pain about men wanting to be free to love each other without being persecuted for it, as they were at that time before male homosexuality was decriminalised in England and Wales in 1967. As Dennis Price’s character says, he finds love the only way he can. Though there are no sex scenes in the movie it was given an X rating which at the time meant no one under 16 could see it.

In all the push for acceptance of sexual orientations, haven’t we lost that basic message from Victim? The freedom to love. The longing for love. In its way, Victim was far more groundbreaking that millions of rainbow logos today. There was no sex in Victim. There was love. Men openly weeping about the frustration of a love they were not allowed to feel. And how daring to do so threatened their livelihoods, their homes and their lives. What Oscar Wilde’s lover Lord Alfred Douglas called the love that dare not speak its name. And which Wilde defended, to no avail, at his trial in 1895 for gross indecency.

Of course we must continue to make the case for freedom of sexual orientation between consenting adults. We must never forget freedoms won can be freedoms lost. But in doing so, let’s not lose what that freedom is really all about – the desire we all have to love and be loved back. 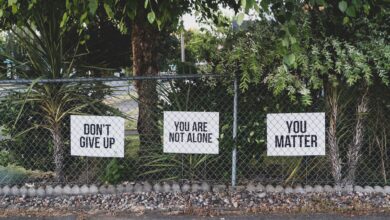 An artist’s journey to alcohol free 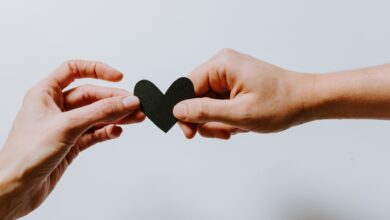 Relationship empowerment in the time of Covid