Who the hell does Lewis Hamilton think he is?

I’m not a fan of Formula 1 and I am especially not a fan of Hamilton. Ok, so he’s the most successful driver in the history of the sport, but his ego appears to know no bounds.

This week, one of my various news apps alerted me to a story that proved to me that the man lives on another planet, one called Lewis Hamilton.

In the same week that he was named the most influential black person in the UK, it was also reported that he tried to sue a 128-year-old Swiss watchmaker from trademarking the name ‘Hamilton’.

Hamilton International, based in Biel, has been using the name since 1892. But in 2017, F1’s finest decided to take legal action against the company after it trademarked the name in Europe.

He claimed the company registered the name in “bad faith” and it thwarted “fair competition”.

Unsurprisingly, an EU court threw the case out after the trademark ruling bodies said he had no “natural right” to protect his “common” surname, especially as the company had been trading under the name 93 years before he was born.

What possessed the boy from the ‘slums of Stevenage’ (his words) to feel he has the right to trademark ‘Hamilton’? And who’s going to confuse a watch with a motor racing star?

But he’s not the only one to throw a legal hissy fit over their name – take the case of Kylie Minogue vs Kylie Jenner, for example.

The Australian actress turned international pop star won a legal battle against the reality TV star and model after the latter applied to trademark the name ‘Kylie’ in the United States for “advertising and endorsement” services”.

Ms Minogue, who is first name famous and was topping the charts for a decade before Miss Jenner was born, filed against her citing possible confusion and “damage” to her branding.

Her legal team also noted that Ms Minogue is an “internationally renowned performing artist, humanitarian and breast cancer activist” who already owns Kylie-related trademarks in the US in several industries, as well as the website www.kylie.com, and had already sold products such as bedding, lingerie and fragrances under the name ‘Kylie’.

Jenner, on the other hand, was dismissed as a “secondary reality television personality” and the Patent Office rejected her application. Ouch.

But while that was a court battle between two women, who, some might argue are equally as famous albeit in very different ways, going after an ice cream company for a flavour that has nothing to do with you really is quite petty.

Pop star Lady Gaga threatened legal action against The Licktators, an ice cream company based in London, demanding it stopped selling its brand Royal Baby Gaga. Royal Baby Gaga is made from ice-cream made from human breast milk, blended with vanilla pods and lemon. The pop star described it as “nausea inducing” (fair comment despite the irony of it coming from a woman who wore a dress of raw meat to an awards ceremony) and her lawyers said they didn’t want anyone thinking it was being endorsed by her. She lost.

Then there’s the case of Beyonce vs a wedding planner. The singer filed an application to trademark the name of her eldest child, daughter Blue Ivy but that was met with opposition from the owner of Blue Ivy Events, a wedding planning business based in Boston, Massachusetts.

Getting on her high horse, Beyonce demanded the US Patent and Trademark Office dismissed the “frivolous” opposition because her daughter is a “cultural icon”, a “mini style star”, celebrated for her “fashion moments”, while “her life and activities are followed extensively by the media and the public”, according to court documents.

Are they? She’s eight-years-old! I don’t remember her walking a catwalk or designing a range of clothing or releasing a record?

Beyonce won the fight but why do these celebrities think the world revolves around them? Unless their image or song lyrics have been used without consent, what gives them the right to go after these businesses?

In a way, I hope for more absurd lawsuits like these and for many more of them to be thrown out, just to show these stars up as the self-centered egomaniacs they really are.

With Product You Purchase

The Second Lockdown - and the Christmas Break nobody wanted 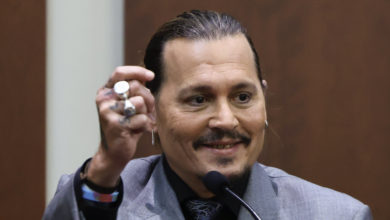 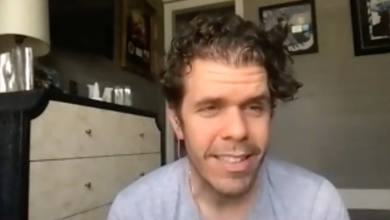