In seeking to minimise the effect of Covid-19, we ignore all those things which are less measurable but no less important…

I’m not big on astrology. My view of it tends towards that of Kelvin Mackenzie, who as editor of the Sun instructed the paper’s astrologer to ‘jazz it up, tell Pisces they’re going to get laid or something’ before sacking him with a letter which began ‘as you will no doubt have foreseen, your contract has been terminated.’ But one thing about astrology has always intrigued me: the zodiac signs themselves, or perhaps more precisely the way in which they so precisely nail human foibles. Leo’s needy bombast, Taurus’ bullish stubbornness, Scorpio’s prickly defensiveness …. the human condition is reflected in almost all of them. Only Libra, with her scales signifying a balance which we rarely if ever achieve, stands apart.

It’s not for lack of trying on our part. We seek balance wherever we look: balance between work and life (even, or perhaps especially, now that the line dividing the two is becoming ever fainter and more blurred), balance at work and at home, balance within relationships, friendships and families. But at the same time we also seek things which explicitly repudiate balance. The shows we watch and the books we read are filled with conflict, large and small: dystopias catch our attention in a way utopias never can. We obsess over competitive sport and divide ourselves into political parties. Our lives are endless skirmishes in small wars and, as the monstrous judge in Cormac McCarthy’s ‘Blood Meridian’ points out: ‘it makes no difference what men think of war. War endures. As well ask men what they think of stone. War was always here. Before man was, war waited for him. The ultimate trade awaiting its ultimate practitioner.’

Nowhere can this lack of balance be seen more clearly than with Covid-19: not just (or even principally) the virus itself, but more importantly our reaction to it.

When it comes to the pandemic, our balance is found wanting on almost all counts. We have no balance between all or nothing, between life and death, between government and people, or between individual and society.

First, all or nothing. Over the past six months, coronavirus has dominated the news, the national conversation and the communal psyche like nothing else within living memory. It has affected what we do, what we think and how we feel. In those six months, I can think of only two major news stories, George Floyd and the Beirut explosion, which have had nothing to do with the virus. Everything else has either been the pandemic itself or connected to it (the exam results fiasco, the prospects of the presidential election being disrupted.)

This concentration on one issue for so long is deeply unhealthy: it gives the impression that nothing else matters, and reinforces that impression with every repetition. Like Brexit before it, the relentless focus on coronavirus has contributed to a logjam of legislation in other areas and forced people into viciously partisan tribes where disagreement with a viewpoint is equated with an attack on the self. According to a Demos poll last week, Covid-19 is now proving even more divisive than Brexit did, with attitudes towards restrictions causing deep social fractures. This is partly down to the now usual tribalism which social media – or, in this case, ‘social’ media – has helped engender, but also a direct result of the state of fear in which we have been living this past half-year. Afraid and uncertain, we lash out at those we perceive as being against us. Nuance and neutrality be damned: you are for or against me, and if you are not for me then by definition you must be against me.

Second, life or death. Of all the things I discovered when writing ‘The Official History of Britain’, perhaps the most startling was this: that the first wave of the Spanish flu pandemic in the spring of 1918 went more or less unnoticed. Not totally, of course – there were newspaper reports, particularly in areas such as Glasgow where the virus took hold – but there was no mention of it in Parliament until the second wave began in the autumn, and there was certainly no concerted effort to tackle it until then. The reason was obvious: with the war still going on and diseases such as tuberculosis and scarlet fever widely accepted as part of life, the Spanish flu was seen as basically just another way to die.

Fast forward a century to our world, unrecognisable in medical and technological terms from theirs. The pandemic has blindsided the developed world because all those advances (which by any meaningful empirical yardstick have made this place and this time by far the best in which to live since we first dragged ourselves from the primordial ooze) have in effect inured us to death on a mass scale. If our ancestors accepted death all too easily, we resist it all too hard: for the truth is that death is all around us, always has been and always will be, and we shy away it from a collective level even as we accept it on an individual one.

In seeking to minimise the effect of Covid-19, we ignore all those things which are less measurable but no less important. We take the bald death toll of the virus without accounting for the fact that many (though of course not all) of those who had died would have done so very soon anyway. We see that bald toll because it’s the easiest connection to make, the direct one between virus and death (even leaving aside the questionable methodologies involved), and we turn away from the less direct figures: the 55,000 estimated to die this year alone from reduced visits to A & E, early discharges, surgery delays and general Covid chaos, and the 18,000 from financial and mental health problems. (These are all Health Department figures: other estimates place the numbers considerably higher.) Still more do we turn away from the problems we are storing up further down the line: irreparable damage to children’s developmental progress, rising unemployment rates and a consequently disenfranchised youth, a greater propensity to communal mistrust.

Third, government and populace. Politicians have long ranked somewhere between estate agents and serial killers in the public’s esteem, but this has rarely seemed worse than it does now. For a few brief weeks at the start of lockdown, we saw a rare synergy between government and governed: restrictions were widely observed (far more widely than ministers had anticipated, in fact), with the vast majority of people accepting the need for such restrictions and appreciating that this was a situation in which everyone was to some extent flying blind. None of that holds any more. The government is increasingly treating us as problem children who have to be threatened with the prospect of even sterner sanctions just to make us behave: we in return decry the government as incompetents who are making it up as they go along.

But there’s more to it than just this current snapshot of mutual discontent. We are here not because of a pandemic but because we have collectively lost all sense of what the body politic can and can’t do, of what it should and shouldn’t be for. The Cabinet is hardly groaning with intellectual heavyweights, but there are at least two members, Michael Gove and Rishi Sunak, who could make an honest, layered and reasoned case for how to deal with a complex situation, if only they were allowed to. And by ‘allowed to’, I don’t just mean getting clearance from Downing Street: I mean finding an interviewer interested in engaging them in meaningful dialogue rather than seeking ‘gotcha!’ moments, finding media outlets interested in reporting this thoroughly and impartially rather than bending it to their own biases, and finding voters prepared to assess it in the round rather than just pick out whichever small, uncontextualised piece will allow them to feel most indignant.

And finally, there is no balance between the individual and society. Among the ways in which the Masai like to illustrate life is that of the three-legged stool: one leg for you, one for your fellow humans and one for the environment in which we all live. If any of those legs are out of whack, the stool will fall over. When a Maasai is sick, the first question asked is ‘with whom have you quarrelled?’ – not a literal argument, but a search for the place or places where the balance is lacking.

If Covid-19 has helped illustrate anything, it’s that too many of our stools are on their side. For white-collar workers whose jobs can be done at least partly via technology, the pandemic has in general been inconvenient but held at one remove. For blue-collar workers who have to be physically present at their place of labour, the risks have been and continue to be greater. Covid-19 affects people most obviously by age – the majority of those who have died have been 75 or older – but beyond that it also affects people according to underlying health conditions, race, income and education levels, for of course these four are all linked. These are the structural inequalities endemic to our society and harmful to any society, and though Covid-19 did not cause them, it would be something to think that it might help to start rectifying them.

Don’t hold your breath, though. A pandemic only ever ends one of three ways – it burns itself out with or without a population gaining herd immunity, it settles to a level in which it circulates through an acquiescent population much as the common cold does, or a vaccine is found. None of these is a quick, easy or certain process. In the meantime, we will almost certainly continue to show all too much of Leo’s bombast, Taurus’ stubbornness, Scorpio’s defensiveness, and the rest: and poor Libra with her scales will remain the odd one out. 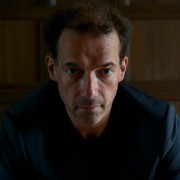 Boris Starling is an award-winning author, screenwriter and journalist. He has reached the Sunday Times bestseller lists for both fiction and non-fiction, created the Messiah series which ran for five seasons on BBC1, and writes regularly for national newspapers. His latest novel, The Law of the Heart, is out next year.

Would you snitch on your neighbours?