The great British pub. A place of banter, quiz nights, beer on tap, packets of crisps, Sunday roasts and scrambling to get that last round in when the bell rings just before 11pm...

This new rule comes courtesy of Boris Johnson and his scientist chums, who, after a spike in coronavirus cases in England, made it mandatory that pubs, bars and restaurants must close at 10pm. Apparently, this bright idea will prevent the spread of Covid-19 as it will reduce the amount of time people spend in close contact with each other in these establishments.

Yeah, that’s all well and good but I’m looking at that open stable door and that horse has well and truly bolted.

When coronavirus hit and the UK was forced into lockdown in March, every pub across the land closed its doors.

For four months, I watched forlornly as the flowers in the hanging baskets outside my beloved local withered and died, the grass in the beer garden crept up around the tables and dust and cobwebs gathered in the windows.

Then, on July 4, the country rejoiced as pubs and bars and restaurants were given the green light to re-open, and we flocked – albeit at a social distance and armed with hand sanitiser – back through their doors for a much needed pint that didn’t come out of a can and wasn’t being drunk in our living rooms.

And the weather gods were on our side as the sun shone brightly and warmly and beer gardens across the country were filled with happy chatty people who were once again embracing the social pleasures that only a pub can offer.

It tarted to feel as though life was slowly returning to normal and the end of this global pandemic was in sight.

How naive we were.

Last week, the death knell rang once more as cases began to spike across the country and Mr Johnson declared: “What we’ve seen from the evidence is that the spread of the disease does tend to happen later at night after more alcohol has been consumed. This is one way we see of driving down the R [reproductive rate] without doing excessive economic damage.”

This coming from the same government who only a month before encouraged us to Eat Out To Help Out and pour some much needed cash back into the food and drink industry.

The prime minister also apologised to businesses “just getting back on their feet”, and said:  “We must stop the virus being transmitted in bars and restaurants.”

As it has been doing for the last three months then?

Where is the reasoning behind closing pubs an hour or two earlier than usual? These new rules will see people start drinking earlier and a lot faster and congregate outside venues as they decide whose house to carry on partying in. Something I witnessed for myself as I went for dinner at my local on the day the new rules kicked in.

Not only was it a shock to hear the bell being rung at 9.15pm but as I headed home bang on 10pm, there were groups of people huddled together outside. There were no staggered exits as people drank up and headed home between 10.30pm and midnight. Instead, everyone was forced out onto the streets at the same time, which then led to them piling onto buses and trains to get home.

Because fuelled by booze, all social distancing rules go out the window.

Yes, it’s irresponsible but they are more likely to catch Covid-19 like that than sat 6ft away from each other inside.

But this isn’t the only concern. Landlords are wringing their bar towels in despair as they see their takings plummet and have been forced to let some staff go.

Ray O’Beirne, general manager and the licensee of The Black Horse in Barnet, north London told uncancelled that this new rule was “absolute madness”.

He pointed out that figures released by the government last week showed that just three percent of England’s coronavirus clusters occurred in the hospitality sector.

He said: “Why on earth is the government picking on something that’s already suffering and was suffering before Covid. Pubs were closing before this even happened and now we are even more vulnerable.”

The financial implications are also a huge concern. Ray said since the pubs reopened in July, he has lost 60 covers a day. The garden was a saving grace for him in the summer but with winter around the corner, his customers will want to huddle inside. And due to social distancing measures, space is limited.

Amy Masterson, one of the pub’s supervisors said: “We were lucky because even though we have half the tables we did have, we have a big garden and we have had a great summer so we were able to accommodate more people. But now it’s autumn and the weather is colder, we’ve lost all of that.”

Ray added: “In the space of seven days, since the 10pm curfew was brought in, takings have plummeted. We’ve taken half the amount we normally would on a Friday and Saturday.”

And they are both dreading Christmas and New Year, usually a very lucrative time for the pub industry but this year could be a very different story.

Ray explained: “There’ll be no office lunches, no New Year’s Eve party. By now, I’d have planned my Christmas menu and would be taking bookings, but not this year.

“And actually, no one has even asked me what’s happening. Everyone assumes Christmas is cancelled.”

They’ve also had the difficult task of telling their staff the shifts have been cut.

Amy said: “It’s been tough. We’ve got to tell our full-time staff, who need to work five days a week, that we, at the moment, can only offer them three shifts maximum. And that’s on a good week.”

And it’s not just the landlords who are angry.

Sarah Myers, a regular at the Woodman pub in Highgate, said she and her friends are reconsidering their weekend plans in light of the curfew.

Speaking to uncancelled, she said: “We desperately want to keep supporting our local but we feel we are forced to be in the pub at 6pm just to make it worth our while. We don’t want to get here for 8 only to be told an hour later that we have to get our last round of the night in.

“It’s not the staff’s fault, we really feel for them. This government have really lost the plot this time and we need to start standing up to them.”

And one MP did. Daisy Cooper, Liberal Democrat MP for St Albans, took the government to task over the chaos caused by this new curfew. And shockingly, she discovered that the powers that be have made no assessment on how much this would financially dent the industry.

As the mayors of London and Manchester wade into the debate, the Government are under extreme pressure to end this ridiculous curfew once and for all. And unless they do a u-turn and give us our pubs back, it’s going to be a very miserable Christmas this year. And we Brits won’t take too kindly to that at all.

Is the world ready for Spitting Image 2020? 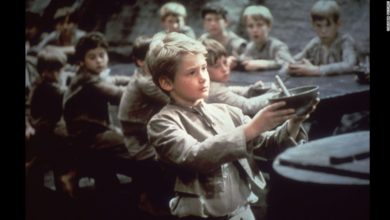 Feed the kids – feed the nation

Learning to be sneaky under the cover of Covid