The last time I wrote for uncancelled about the Covid-19 situation in Ireland, I was flirting with the idea that the conspiracy theorists might, just might, have a point…

I’d now like the record to show that I retract any statement which suggests the possibility that the Irish government are part of any global plan to change humanity, because the past week has proved beyond doubt that our leaders couldn’t organise a prayer in a seminary, much less be a world leader in the ‘Great Reset’.

And world leaders we are. According to the Oxford Coronavirus Government Response Tracker, we’ve had the longest lockdown in Europe and the third strictest lockdown in the world, with only Cuba and Eritrea more successful at curtailing the freedoms of its citizens. For months now our Gardaí have been manning checkpoints to ensure we don’t travel more than 5km from our home.

Our schools, shops, pubs and churches have been closed, our towns and cities have been empty while our mental and physical health deteriorate – and the situation shows little signs of improvement.

As our neighbours in the UK step cautiously out of the burrows and into the sunlight, Ireland remains in chaotic hibernation, rooted to a seemingly never-ending state of lockdown and confusion.

I feel this has been an important week in the Irish Covid saga. It all started with an interview for a Sunday paper in which Taoiseach Micheál Martin – our Prime Minister – confirmed there would be a further nine weeks of ‘severe lockdown’, taking us into May.

For the first time in a year there were genuine rumblings of dissent from the people, not only at the fact that we were in for another nine weeks without the slightest easing of restrictions, but that this was announced in an interview with a Sunday paper, and not with some sort of address to the nation.

As the ripple of anger began to turn into a small wave, Tanáiste Leo Varadkar – our deputy prime minister – was quick off the mark to quell any uprising and calm the lowly citizens, denying that Micheál Martin had said any such thing. Except, he did say it. And Ciara Phelan, the Irish Mirror journalist he said it to, had the receipts and posted the video of the sit down interview showing the leader of our country saying the very thing the government was now denying he said.

If you’re confused, you’re not alone.

This was the moment that everything changed. The penny dropped. We got a peak behind the curtain and saw that they have no plan. They’re happy to string us along indefinitely. The retail and hospitality industry are collapsing before our very eyes, suicides are skyrocketing, our children’s education is being damaged beyond repair and it’s now clear the government are relying on an army of spin doctors and a compliant media to hide the fact that they don’t know what the hell they’re doing.

There’s no denying that the mood here has changed. Calls to defy lockdown and open businesses have, up until this week, gone unheeded and dismissed as part of a far right fringe campaign, but on Monday celebrity chef Paul Treyvaud announced on Twitter that he would be opening his restaurant on July 1 regardless of what restrictions are in place, stating “I’ve done everything I’ve been told to do, the problem is no longer us. It’s an incompetent Government”

This was followed by former Everton footballer Gary Dempsey announcing that he would be defying government restrictions and opening his gym in Wicklow in April.

Two weeks ago both men would have been torn to shreds on social media for such statements, but the wind has changed. Not because we don’t care about Covid, but because it’s now clear we have to make our own exit strategy otherwise the strictest and longest lockdown in Europe will continue for as long as the Irish people allow it to continue.

Micheál Martin did finally get round to addressing the nation on Tuesday. He abandoned his nine-week plan and instead opted for an extension of full restrictions until April 5. But that’s with the exception of schools, which will begin a phased re-opening from next week. He muttered something about the end being in sight, but no one believes him anymore. Too many people have lost too much.

It’s my prediction that the government will reopen the country on April 5. Not because they’ve finally got around to vaccinating a significant chunk of the population, but because restrictions will be ignored en-masse.

I, like thousands of small business owners, have followed all the rules. I’ve kept my business shut as my loan repayments went unpaid. I’ve scraped by on government handouts as my rent arrears built up. I’ve cancelled my health insurance, my pension payments, my life insurance and I haven’t bought a single item of clothing in over a year. I’ve sat back and watched as everything I’ve worked to build up has come tumbling down while the people in power run around like headless chickens and award themselves two pay rises in six months.

So like Paul Tryvaud, Gary Dempsey and thousands of small business owners across the country I am now left with a choice. Open up or give up.  I’ve never been one to defy the law, but as anyone in authority will tell you, be watchful of a man with nothing left to lose. 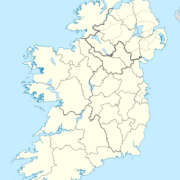 Is the dream of Scottish independence being poisoned?