Twenty five years ago, Princess Diana took part in a clandestine interview that when broadcast, sent shockwaves around the world – and right through the royal family…

Through that doe-eyed expression that she had perfected so well, she uttered to journalist Martin Bashir those now very infamous words.

“There were three of us in this marriage, so it was a bit crowded”.

It was a jaw-dropping moment that was just one of many bombshells she dropped throughout the shocking hour-long interview in which she spoke about the affair between her husband Prince Charles and the love of his life, Camilla Parker-Bowles, and her personal struggles with bulimia and self-harm, and her love for James Hewitt.

Almost 23 million people tuned in to watch that night and the interview continued to make headlines for many weeks and months to come.

But then two years later, the People’s Princess was dead, killed in a road accident in Paris alongside her lover Dodi Fayed, and that interview was all but forgotten as the country went into mourning.

It has been touched upon and referenced over the years, but this month, the 25th anniversary of the interview, it was brought back into the limelight once more after it was reported that the BBC will launch an investigation into allegations her brother Earl Spencer made that he was duped by Bashir, who made false and defamatory claims about senior royals and showed him false bank statements in order to gain his trust and secure the interview with his sister.

It also prompted ITV to produce a documentary about the interview – The Diana Interview: Revenge of a Princess –  in which Matt Wiessler, the TV graphic designer who was asked to forge the statements, broke his silence for the first time.

And all this as Netflix’s The Crown returns for a fourth series on Sunday which introduces Diana, played by Emma Corrin, and depicts her wedding to Prince Charles and their 1983 tour of Australia and New Zealand.

Why are we continuing to muckrake over this woman’s life? Will we ever get tired of reading headlines about her?

What happens on the 30th, 35th or 40th anniversary of the interview or her death? Will more people come forward with sensational revelations about her private life? When do we say enough is enough?

And what about William and Harry? It’s been a tough couple of decades for her boys who have grown into exceptional young men with families of their own, but, quite understandably, have never got over that fateful day 23 years ago.

What must be going through their minds right now as their uncle drags her name back under the media glare again?

He even tweeted about it to his 20,000 followers, explaining his reasons for coming forward. Was that necessary? Couldn’t he and the BBC have conducted this behind closed doors? No one would be any the wiser. They weren’t before Earl Spencer went public so what difference would it have made? Why tarnish this even more?

Sadly, one of the downfalls of being the most famous woman in the world is that even in death, you will never become a distant memory, a faded poster on a wall or cracked face on an old commemorative plate.

Which means every revelation, every confession, every secret shared becomes a headline, a trend on social media, a discussion on TV and radio.

People will always be fascinated by her, whether it’s 23 years, 33 years or 53 years after her death. Sadly, it’s her loved ones’ cross to bear and probably always will be.

Hold on! Trump can still win a second term

A Trump or social media sickness?

Imitation – the sincerest form of flattery 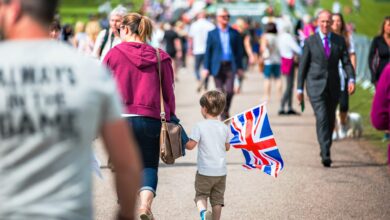 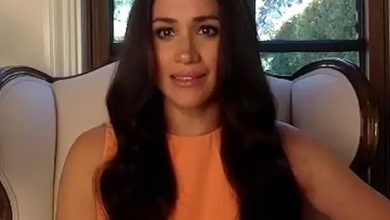