Here’s a conclusion I’ve reached in the past couple of years which is as surprising as it is distressing. A depressingly large number of left-wing men are misogynists who are desperate to maintain the patriarchy…

I know that statement will have upset a lot of liberal men who are to all intents and purposes lovely blokes. Believe me I know a lot of left-wing women who are pretty devastated to realise it’s true. I’m regularly heartbroken when yet another funny, sweet lefty guy is revealed as the misogynist we never dreamed he could be.

Lefty blokes embrace feminism. They change nappies and read to their kids, they do (some of) their share of the housework and the childcare. They let their wives and partners pursue careers and they might even work from home and do the school run so the missus can go out and earn.

They get Black Lives Matter, they rescue animals, they’re never homophobic, they make right-on jokes on Twitter that get picked up by The Poke and they support equal rights. They love nature and recycle their wine bottles and craft beer cans. They drink vegan milk and want to protect the environment. They only eat meat a few times a week. They might even join campaigns and protests to stand up for these beliefs. They definitely post a lot about these things on their social media.

Many thousands of men (if they read this) would be nodding along in recognition right now. This definitely describes them. There’s no way they’re misogynists.

And here’s why. An awful lot of these men happily throw women’s rights on the bonfire to support other males. I’m looking at you Joe Biden. (And you, and you, and you.)

In law, sex is a protected characteristic. Women as a distinct biological sex class have always had the shitty end of the stick. Lefty men know this, that’s why they support equal rights and 100% believe that women should receive equal pay.

But the lefties can spot an oppressed minority, an underdog a mile off. And women aren’t all that oppressed any more, are they? Lefties need a cause otherwise how can they signal their virtue to everyone else? So yes, they’re more than happy to repeat the claim that of course trans women are women. They know that it’s impossible for human beings to change sex, but they’re good, inclusive men who aren’t threatened by gay kissing in TV ads and who’ve done their diversity training so they know how much every trans person is personally mortally injured whenever someone refuses to say the words or acknowledge their pronouns. Silence is violence and trans women are so much more likely to be abused than women*. The suicide rate amongst trans people is very high**.

What does it cost women to budge up and make room for intact males in their swimming pools, their changing rooms, their all-women awards and leadership lists, their toilets, their sports?

I’m not going to argue those points. It does cost women and if you really care it’s not at all hard to do a quick google and find out why. But here’s why I say this willingness to dispense with the protected characteristic ‘sex’ in favour of ‘gender’ is grounded in misogyny and a deep-seated desire to maintain men’s dominance over women.

It’s because in no other situation would such a tiny percentage of people hold so much sway to change laws, claim the rights of another protected characteristic and persuade so many people to ignore the objective biological reality they can see with their own eyes. And I can test this theory.

That’s less than 0.6% of the population for whom mainstream organisations and corporations and a large percentage of people are supporting in their fight for a fundamental shift in the way a protected characteristic is recognised. If we say that males can be called women because that’s how they self-identify, then of course sex-based rights are eroded. Vulnerable women are no longer able to expect single-sex shelters from domestic violence or rape, they have to admit rapists in wigs into their prisons, they have to anticipate penises in the next bed on their hospital ward.

Let’s consider another vulnerable group of people who are often on the receiving end of abuse, prejudice and negative representations in the media.

The Migration Observatory estimates that 388,000 foreign-born people living in the UK originally came to the UK to seek asylum. This is equivalent to 0.6% of the UK’s total 2019 resident population of around 67 million. So broadly similar numbers.

Do you think that’s a movement people would get behind? If not, why not?

I can tell you right now that no one – no matter how woke they are – would support a shift in the protected characteristic of disability to include this 0.6% of the population, no matter how disadvantaged they are.

That they are prepared to support that shift for trans women is how I know at the heart of their acceptance lies misogyny and the patriarchal control of the female sex. 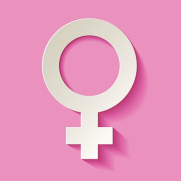 Sian O’Connor is a pseudonym. ‘Sian’ is a gender critical feminist and a freelance writer who needs to protect her career therefore, like many women, feels unable to speak out on these issues under her own name.