Stella Perrett takes a stand for women in Hyde Park…

I joined a small group of gender critical women, led by feminist campaigner Kellie-Jay Keen, on Sunday for the second in a series of “Standing for Women” Speakers’ Corner events in Hyde Park.

At the same time, a group of Muslims were celebrating at Marble Arch with music and prayer, on one of the holiest days of their year: the anniversary of the Martyrdom of Husayn ibn Ali, who, according to their banners, was sacrificed for “justice, peace, family values and love”.

A third demonstration which took place that same day was the sparsely attend Black Lives Matter protest, which was marched through Hyde Park by the police, attempting to avoid the nearby Muslim rally.

“Justice, peace, family values and love” were certainly not on their agenda.

Nearly 5,000 extra police officers had been drafted in to cope with the protests over the weekend and hundreds of them were at Marble Arch, including the territorial support unit.

With the police helicopter buzzing overhead, burly male BLM activists abandoned their own march and surrounded the women’s group, shouting abuse: “Terf, terf, terf!”, waving trans placards, and using megaphones to drown out the women speaking. Within minutes there was a heavy police presence as the officers and BLM’s own stewards tried to move them on.

Throughout the confrontation, Kellie-Jay Keen stood on a small step ladder and defied the abusive mob. There could not have been a greater contrast between the peaceful messages of the Muslim rally to what was stood before us. A film published on Facebook shows the full 15-minute standoff.

Watching with bemusement from the side-lines was a small group of Algerian men, waiting for their chance to speak. “We come here every Sunday,” one said. “It’s usually very quiet here!”

You can watch the “Standing for Women” Speakers’ Corner, August 30, 2020, here on YouTube. 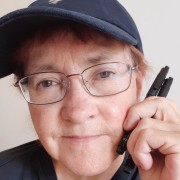 In defence of the BBC 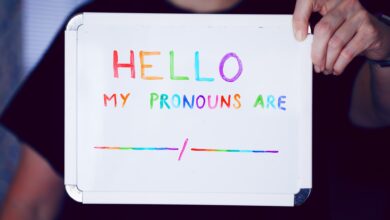 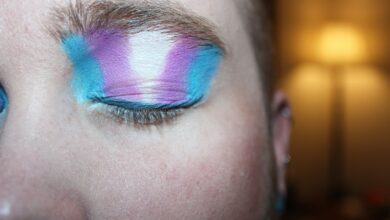 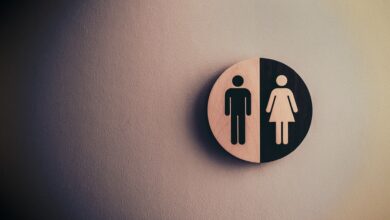