A person who has done something questionable, problematic or controversial declares themselves ‘proud’ and the only acceptable response is to reflect that pride back and be proud of the person in return…

I interviewed one of the cast of US reality show The Real Housewives of New York last week – bear with me there’s an opinion piece coming I promise.

She was talking about an incident years ago when, as a teenager, she stole – or attempted to steal – a pair of Stuart Weitzman pumps, retail price US$245.

Asked for her thoughts today she said she was ‘proud’ of being a product of the deferred prosecution programme in her home state of North Carolina. The word hung in the air: proud.

She was ‘proud’ of having been lucky enough to have gone before a judge who chose to use his discretion and ability to dismiss a first time, non-violent offence.

Turns out she was ‘proud’ of pretty much everything she is, does, has been or has done; each moment in her life is, it seems, a source of more pride than the last.

And don’t you dare suggest it should be otherwise – after all that is the unspoken rule in what has become this common place public transaction.

A person who has done something questionable, problematic or controversial declares themselves ‘proud’ and the only acceptable response is to reflect that pride back and be proud of the person in return.

Heaven forfend that getting a pass on shoplifting might be viewed as anything other than a moment worthy of heart-swelling pride. Gratitude anyone? Relief?

Simone Biles withdraws from both the team final and women’s individual all-round at the Tokyo Olympics and she is ‘proud’ of her decision and so everyone else must be too. Naomi Osaka bows out of media interviews and commentators and celebrities fall over themselves to express their ‘pride’ in her.

The Markle-Mounbatten-Windsors continue the very public pity party on which they embarked the moment they ‘withdrew from public life,’ signing off multimillion dollar broadcast and book deals along the way, and are puffed up with enough pride in their ‘work’ to keep the Hindenburg afloat.

When did being proud become something to be proud of? When did it become an emotion to be deployed in moments of crisis, whipped up like Wonder-Woman’s bracelets and used to deflect all further examination or thought?

Don’t get me wrong. I have lived in America for the past nine years now and one of the many reasons I love it is the way that Americans tend to lean into a sense of self and national worth. What my grandmother might once have called ‘brash’ I find liberating and God Bless America for it.

But this isn’t about true self-worth and this isn’t a peculiarly American trend. This presumption of pride is ironically brittle and dependent on the shame it ascribes to anyone who doesn’t hold with the false metric that measures all acts or decisions on a see-saw scale of pride versus shame.

In saying I don’t see anything to be proud of in Simone Biles decision I’m not saying I think there’s anything to be ashamed of either. She made the decision that was right for her, under unimaginable pressure and the scrutiny of the world. She has since spoken of suffering ‘the twisties’ and released videos of her struggling through training as she simply lost the ability to know where her body was in the air. It sounds terrifying and dangerous.

But standing up for herself came at a price and all actions have consequences. She let others down. She may have done so because to do anything else would have risked letting them down more in the long run, and the weight of expectation that she carried was arguably too extreme for any to shoulder.

But the disappointment of others is a facet of a complex situation never-the-less and not something to blithely dismiss. The pride that has been showered upon her somehow doesn’t leave much room for that sort of nuance. And so pride in self is left sitting uncomfortably next to that overlooked truth.

Look, you can be the GOAT (Greatest Of All Time) and have a bad day, a bad week, a bad month…hell you can have a bad year when the time-frame you’re working on is ‘all time,’ but whatever happened to also having the strength and the grace that is just a little humility?

Humbling yourself is not the same as being humbled and ‘being proud’ of someone or something is not the only expression of support.

Similarly, nobody should compel Naomi Osaka to do anything to the detriment of her mental wellbeing but rushing to be proud of her for stepping back from challenging post-game interviews is missing a golden opportunity to actually think or talk about something important and I’m not talking about the merits of her performance on grass over clay.

The problem is there’s no real conversation to be had when the starting point is presumption of pride and no real growth that can come – for anyone – when the subject is mired in such a defensive stance.

I don’t particularly hold with the notion that pride comes before a fall, since it always seems to me to be a mean-spirited attempt to take a person down a peg or two just for the sake of it.

It’s just that I’m not altogether convinced that feeling proud of oneself as a default setting is particularly desirable or productive either and I’m not quite sure when it became generally agreed that it is.

I met NBA Hall of Famer Dominique Wilkins not long ago. The man is a nine-times NBA All Star and Vice President of the Atlanta Hawks. I asked him what he thought of the controversy that, at that time, had just blown up around Naomi’s refusal to face the press at post-match interviews at the French Open.

‘I get really nervous and find it stressful to always try to engage and give you the best answers I can,’ she said.

None of this is anything to be ashamed of and a person would have to have a heart of stone not to feel for the 18-year-old crippled by her social anxiety and self-doubt. Many sent messages of support and good for them.

And many said how ‘proud’ they were of Osaka. Why? Understanding, yes, compassionate, yes, supportive, yes, but why put a bow on it and declare oneself ‘proud’?

Instead, he said, ‘I’ve always been a guy who gives something back. I embraced the interview. I embraced talking to people about things that a lot of times are uncomfortable. I embraced it because that’s what made me who I ultimately became – not being afraid of adversity, being willing to step out on faith and the belief in myself that I can do it.’

For him it wasn’t about the pressure of proving anything to anyone else. It was about proving it to himself – and improving himself in the process.

The way he saw it if he was shutting down because someone asks tough questions he was, ‘back at square one.’

And maybe that’s the thing, because ‘being proud’ is a consequence of an action or actions not an end in itself or a factory setting.

It’s a by-product of achievements – large and small, personal and public, widely recognised or known only by yourself or a few.

It is not a weapon or a shield; it is not the goal; it is not the answer. In fact, being proud, in and of itself, isn’t something to be proud of at all. 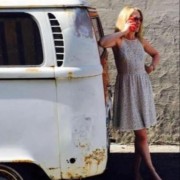