There was a moment on January 20 when it felt as if things might, just, be all right again. The tantrumming, bullying, sexually abusive Trump had left the White House, and finally a responsible adult was in charge…

For many of us, that relief was short-lived. Within hours of taking office, President Biden had signed an executive order that many have interpreted as removing women’s protection as a class of people in law. (I should point out that others regard this interpretation as alarmist, because much depends first on how federal agencies interpret the order, and then how the Supreme Court deals with any challenges.)

What Biden’s order does, in summary, is amend Title IX, a legal clause that prohibits sex discrimination, to take in gender identity and sexual orientation, affording the same kinds of protections as those enshrined in the UK’s Equality Act (2010). It also includes this statement: “Children should be able to learn without worrying about whether they will be denied access to the restroom, the locker room, or school sports.” If that sounds vague, then Biden’s campaign website makes his intentions crystal clear, promising that he will “restore transgender students’ access to sports, bathrooms, and locker rooms in accordance with their gender identity” and “direct his Department of Education to vigorously enforce and investigate violations of transgender students’ civil rights.”

That phrase – “civil rights” – sounds so benign. The reality, however, is chilling. It means that a male student who chooses to identify as female has the legal right to access female-only spaces and activities. So if, say, a 16-year old male athlete wants to be thought of as a girl, then he can compete in girls’ sports, make use of girls’ toilets and change in the girls’ changing rooms. His right to do so will be protected in law, and any girl who doesn’t like it will just have to put up with it.

This is not a theoretical risk. Currently there are 17 US states that allow athletes to compete according to their preferred gender identity, without any other conditions. (There are others that allow athletes to compete in line with their gender identity provided they have undergone either surgery or taken hormones.) As a result, male athletes are now competing in, and winning at, female sports. In Connecticut, two young male-to-female transgender athletes, Terry Miller and Andraya Yarwood, have between them won 15 girls’ state championship titles. They have been challenged by female athletes who have filed a lawsuit in the state to stop biological males competing against girls. The future of girls’ and women’s sport in the US hinges on what happens if (or when) this case comes to the Supreme Court

The most pessimistic view is that Biden’s order will be devastating. Once men have a federally-protected right to participate in women’s sports, then there will no longer be such a thing as women’s sports. After boys and girls reach puberty, the physical differences rapidly become pronounced: teenage boys are bigger, stronger and faster than teenage girls. There is some overlap at the extremes, but not much. The fastest female athletes in the world are slower than the better high school male athletes.

Everybody knows this. The very reason that we segregate sports by sex is because there are huge physical differences. Men and women are, quite simply, built differently: a female sprinter is never going to run faster than Usain Bolt, any more than Usain Bolt is going to give birth to twins. (A picture of male-to-female weightlifter Lauren Hubbard taking a gold medal and beating the young Samoan Feagaiga Stowers into second place tells its own story.)

The idea that people should compete on the basis of their gender identity makes no sense: why segregate sports according to someone’s feeling about themselves? You might as well segregate sports on the basis of religion or hair colour. As well as being grossly unfair, it is dangerous, particularly in team sports where a physically strong man can easily crush a woman. (A cheery report on the BBC website described how a transgender rugby player in a women’s team “folded a girl like a deckchair during a game”).

The implications for girls’ sport in the US are serious. It’s not just that talented female athletes will find themselves losing to males – though they will. Many American universities issue scholarships based on sporting merit, so there is every incentive for sporty boys to identify as female and claim those scholarships for themselves – while girls find that one more opportunity is taken away from them.

Girls and women who complain about this are typically labelled as bigots and transphobes. They are told to be “kind”, because transgender people are at “high risk of suicide” and sport can apparently be a “life-saver”. It beggars belief that some people think this kind of emotional blackmail constitutes a rational argument, and shows total contempt for any feelings of distress girls might have about being forced to compete against biological males.

Disturbing though all this is, Biden’s executive order may turn out to affect far more than girls’ right to participate in sport. Throughout human history, the words “male” and “female”, “man” and “woman”, have referred to an observable biological reality. Once we change the meanings of those words so that they refer only to people’s inner feelings, the ability to protect women as a distinct class of people in law disappears.

Despite all the foot-stamping and petulance from trans activists, this isn’t about the rights accorded to trans people as a category – if it was, trans men (biological females) would also be demanding the right to be included in men’s sports or sent to men’s prisons. No, Biden’s executive order is the culmination of sustained efforts by lobbyists to trample over women’s legal protections and eliminate biological women as a distinct legal category. I have no idea whether Biden, when he mouths platitudes about gender identity, understands this, or indeed whether he cares. But if anyone interested in preserving women’s rights thought they could relax once Trump had exited the White House, then steel yourself once more: the battle has only just begun. 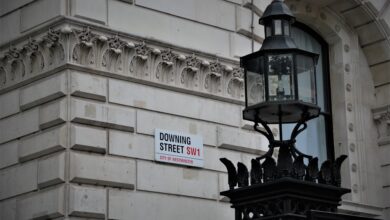 When sorry seems to be the hardest word

The shameful corruption of Labour

Hold on! Trump can still win a second term