The subject of fan attendance at sporting events since the onset of the Covid-19 pandemic last March has been one of contention, confusion and many moved goalposts…

In the UK, when the rates of new cases, hospitalisations and deaths reached very low numbers last July, the anticipation was that a new football season starting in September could start to bring fans back into stadiums, with the possibility of full-ish stadiums by Christmas.

At this point, fans became excited at the prospect of the return of some normality returning to their lives and the clubs planned their budgets for 20/21, eager to see the return of much needed revenue streams. But then it all went wrong. In November, a new variant of the virus was discovered and a second national lockdown was imposed.

Thankfully, apart from a few blips, sport at the top level has been able to continue behind closed doors. It’s better than nothing, but fans are the life and soul and it’s really not the same without them. For many people, the trip to see their team once every two weeks or whatever it is, is like a pilgrimage. An escape from day to day rigours, camaraderie with friends and family with whom they attend – even for many season ticket holders the familiarity of the same seat, same strangers sat around them – the pie, the pint, the same routine, win or lose, rain or shine.

Almost a year on since this all came to a halt, the impact has been huge on people missing the interaction and escape. It has also affected the clubs who are missing their revenue stream, and are now dependent on Government support, TV money and benefactors. There is still the risk that some clubs will go to the wall, although so far, this appears to have been staved off.

This past weekend could conceivably have been described as one of the biggest of the sporting year. In the UK, for example, we had the start of the Six Nations Rugby Internationals. There is normally huge anticipation and full stadia, coupled with amazing atmospheres in the City centres where matches are being played. When England played Scotland at Twickenham, there would normally have been around 15,000 Scots in London, bringing a convivial atmosphere, boosting tourism and packing out the pubs. But there were no fans, no bars, no travel – no atmosphere. A rare Scotland win was, I am sure, celebrated with gusto and a few drams were sunk in front of TV sets north of the border but it’s not the same.

At least the rugby is on terrestrial TV, which is not the case with almost all Premier League football matches. You have to subscribe to Sky Sports, BT Sport and Amazon Prime if you want full coverage. Most clubs, including those further down the pyramid, are offering their fans to stream their own games, home and away, via the club websites at prices ranging from £5 to £10 per game. And I suppose if we are not spending the money on the typical matchday experience, ticket, travel, programme and burger, then there should be disposable income to pay for a streamed game.

Looking overseas, we’ve had the first Test match between India and England. There are no more passionate sporting fans than Indian cricket fans, but none of them are being allowed to attend for the first two matches of the series in order to protect the players who are in bio-secure bubbles. India are coming off the back of a successful tour of Australia, where fans were allowed in to some degree. The Covid situation is far better in Australia than it is in England or India and they are starting to see the benefits of fan attendance, atmosphere and some normality. However, the good news is that the India v England series has been secured by Channel 4, making it the first terrestrial TV series for cricket viewers for over a decade.

Then we had the Superbowl on Sunday night. With the greatest player and quarterback of all time, Tampa Bay’s Tom Brady up against the heir to this throne, last year’s winner, Kansas City’s Patrick Mahomes, meant even many non-American Football fans were licking their chops in anticipation. There was an attendance of approximately 22,000, which was about 30 per cent, in the Tampa Bay stadium, 7,500 of them being specially invited health care workers, which was a nice touch to say the least. The match was also shown in the UK on the BBC, another boost for terrestrial viewers.

Rounding off the weekend was the start of the Australian Open tennis and similar to recent rugby and cricket events held in Melbourne recently, a daily attendance of 50 per cent – 30,000 people – is anticipated. Something that’s currently unthinkable in the UK, but now a reality Down Under. Let’s hope Wimbledon can do the same come July.

Of course this is an event for night owls or those happy to rise early in the morning. Me, I am not sure I will get very much sleep at all. 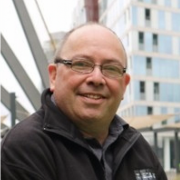 The curse of the uninformed columnist in the time of Covid