Things are tough during this time of Covid, tourists to Ostia Antica are even fewer than usual…

The ginger cat wandered like a ghostly guardian through the ancient graveyard – picking her way around the gravestones with precise and perfect ease.

‘Her name is Zig Zag,’ came a disembodied voice, a little spooky given that we were in the necropolis, or City of the Dead, of Ostia Antica, Rome’s centuries-old former Port.

When we visited last week we had thought we were alone at this apparently deserted site just half an hour from Rome, so it was a relief when the owner of ‘the voice’ appeared – Massimo Marani, a guide who explained that he often used one of the resident cats as a prelude to his sales pitch.

Things were tough, we learned from him later, in this time of Covid, with tourists to Ostia Antica even fewer than usual.

The coronavirus is expected to cost Italy’s tourism sector 7.4b euros in losses between March 1 and May 31 alone – with an estimated 31.6 million fewer tourists in that quarter. As the number of Covid cases rise again, tourists – the life blood of the economy – are staying away.

Not that this place is ever what you’d call bustling, attracting just 300,000 tourists a year compared to the 6.4m people who usually visit the Colisseum. You can’t, he confessed, blame Covid-19 for everything.

But Ostia Antica, with a former population of 60,000 and once the critical gateway to the ancient capital – protecting it from pirates and securely storing its grain – seemed more abandoned than most.

Yet Massimo believes it is one of the most important sites in Italy.

‘If you want to see how the wealthy Romans lived you visit Pompeii or Herculaneum,’ said Massimo. ‘But here you can really understand how ordinary people lived. It’s a wonderful site which brings everyday living to life and I don’t understand why more people don’t visit.’

In Ostia Antica you are walking in the footsteps of the everyday Romans – with their slaves, and freed men; crossing their streets, climbing their stairs and entering their houses, shops, restaurants and temples.

There’s an underground temple to the Cult of Mithras, where a statue of Mithras slaying a bull sits before long benches. Here the male worshippers sat, underneath holes in the ceiling so that the blood of the bull being slaughtered above would wash over them in a shower – allegedly imparting the strength of the noble animal.

In the nearby market place the floor of each store is decorated with perfectly preserved black and white mosaics depicting the activity of those within: fish-mongers, rope-makers, wood turners.

The theatre, built in the second century, has been largely restored, offering views across this astonishing 173-acre site, which dates to 700BC while ancient taverns and bars boast paintings of the food on offer – bread, olives and wine.

(Wine, which according to Massimo was thick, and undrinkable until it was watered down and sweetened with honey).

The inhabitants worked seven days a week, but only half days, leaving plenty of time for them to enjoy the baths and the attentions of the scantily clad waitresses at the taverns.

In 68BC the town was sacked by pirates, the port was set on fire and two prominent senators were kidnapped. But the town was rebuilt and provided with protective walls.

Today even the river has forsaken Ostia Antico – meandering far from the course that once fed this important little town. Much of where it once ran has silted up.

Today the only sounds to be heard are the birds and the distant traffic. Little emerald lizards swiftly scurry across paths and up the ancient walls.

But many of the four-storey red brick buildings – with shops below and apartments above still stand proud, missing only their tiled roofs. Large grain stores and municipal buildings are almost intact.

According to Massimo it wasn’t only the pirates that signalled the end to Ostia Antica but malaria – that ancient plague – which overwhelmed the inhabitants as the city decayed.

At Pompeii, 150 miles south, near Naples, other, stranger things are happening: tourists who pilfered fragments from the ancient city over the years are returning the artefacts, by post, claiming they had brought them bad luck.

A Canadian woman, identified only as Nicole, returned two mosaic tiles, parts of an amphora and a piece of ceramics she had stolen during a visit in 2005, sending them to a travel agent in Pompeii alongside a letter of confession in which she claimed the items were ‘cursed.’ Other visitors have done the same.

I took nothing from Ostia Antica during my lonely visit. Then again I was under the watchful eye of Zig Zag – and the other proprietary cats. And I don’t think the taking of these artefacts has caused the Covid chaos felt across the region either – that’s a bad luck felt by us all!

Let’s get back to ‘normal’ as quickly as possible, Boris! 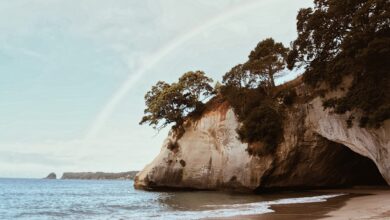 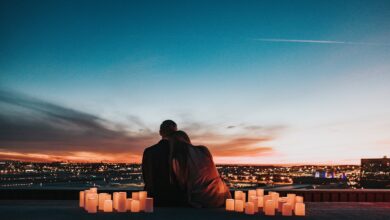 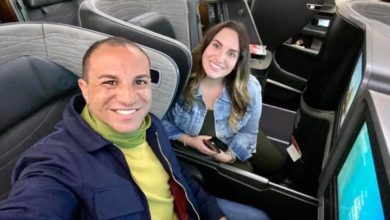