The news has been bleak for months – each bulletin more devastating than the last in its catastrophic predictions of the future in the wake of Covid-19.

With the UK now officially in recession, an email arrives in my inbox almost every day from former contacts and colleagues telling me they’ve been made redundant. Ouch.

At the same time thousands of London and New York-based New Zealanders and Australians are returning home, abandoning the world’s great cities to return to what they perceive as a safer haven.  (In NZ the lemming-like rush has pushed the population to 5 million from just over 4.5 million a few months ago).

I had no plans to return permanently to the Land of the Long White Cloud after moving to London in 1990. Not ever.

But our current Doomsday scenario has made me ache for change and a new challenge. How could I, a London-based freelance writer, revolutionise my life in this less than Brave New World? And how far would I go in search of an antidote to the relentless gloom?

Then, out of the blue, my boyfriend – never one for half measures – found an advertisement for a pub in the remotest outback in NSW, Australia.

The Armatree Hotel, built in 1929, is the only pub in town, serves a rural population of 260 and is smack in the middle of nowhere. (It’s 108km or an hour’s drive to the nearest sizeable town of Dubbo and five-and-a-half hours to Sydney. Even the railway station, built when Armatree was a thriving town, no longer sees passenger trains.)

With eight hectares, including a huge beer garden, eight hotel rooms and grassed area ‘for functions,’ there’s plenty of potential. Hey, it won the Best Bush Pub in 2018 and 2019, has a Ladies’ Lounge, and has even held its own comedy festival. (Living in the outback you need a sense of humour.)

The BF’s suggestion (he grew up in Australia) that we buy it had started out as a joke – boosted by the four hilarious and self-deprecating videos the publican and his mates had posted about life in Armatree. (Wheat prices, sheep and a love of Bruce Springsteen are recurring themes, though there’s also a send up of Baywatch – ironic in a parched region desperate for water.)

We had already had a brief taste of the outback during our time living in Oz: we met a colourful female bull rider (not a euphemism); fell in love with rodeos, bought Akubra slouch hats, with cowboy belts and boots, and briefly swapped our usual tipples for the outback favourites of beer and bourbon and coke. Over one particularly raucous weekend I recall dancing with bikers and cowboys to Johnny Farnham’s rock’n’roll hits as they blared from the sound system of the pub. A pub, now I think of it, rather like the Armatree Hotel – also the only hostelry in town.

I began to imagine myself as an outback publican in a kind of warped Mad Max landscape – about as far from Britain and my life as a journalist as I could get (if you ignore NZ and the Antarctic).

I remembered that my first ambition, aged five, had been to be a cowboy – inspired by early episodes of The Lone Ranger. I’d also finally be able to have the Australian Shepherd (dog, not man) I’ve hankered after for years. It could help with the cattle and sheep.

As the fantasy gathered pace (I also imagined myself mustering cattle while singing Rawhide) I began scouring the web for other outback pubs for sale. Perhaps unsurprisingly I found a raft of them: the Craddock Hotel built in the 1880s, ‘only’ 320kms from Adelaide; an old gem in the Queensland town of St Lawrence being sold by the current owner ‘for health reasons’; and another yawning premises in south Australia with the plus of an added Truck Stop parking area and caravan park. Most were around or under AUS $1m. (There was also a yoga Rainforest Retreat, but that was a bit pricey)

In fact the more I thought about it the more I thought the idea was a goer. I conveniently ignored the brutal reality of outback life – droughts, floods, bushfires and the plethora of snakes and spiders that all want to kill you. Even Covid-19 failed to thrive here, though it had indirectly no doubt been the death of some of these remote businesses.

My BF however, began to heavily backtrack. After originally getting steamed up over the idea of running wet T-shirt competitions (even the Australians don’t hold these anymore), he began to panic when I suggested putting the London flat on the market and making an offer on the Armatree Hotel.

‘Don’t be ridiculous,’ he said, finishing his sourdough sandwich, sidestepping the cat on her custom-made outdoor cushion and tucking himself neatly back into the garden swinging pod chair with his kindle. ‘The outback? What on earth would we do there?’

Thirty years ago I would have agreed. I’d found 1980s New Zealand so dull I theatrically announced to my friends I would kill myself if I had to stay.

Today? I’m less sure. It would certainly be a seismic shift. As to what we’d do for laughs in the outback I really can’t say. But almost certainly more than we’re currently doing here.

Unlike most of the NZers and Australians who’ve gone home, however, and who hope they can one day return, it might be harder to ping pong back from the Outback. Perhaps it would really be a Road to Nowhere.

In praise of the great British seaside 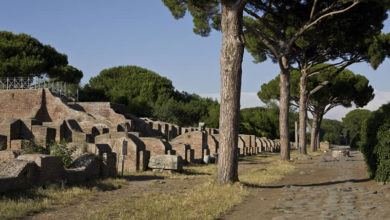 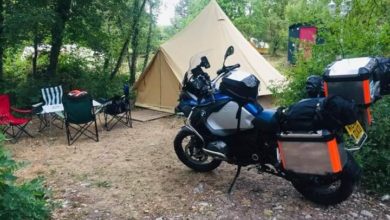 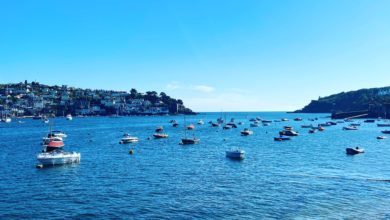 In praise of the great British seaside