Freedom Convoy 2022 – have you heard of it? Chances are, you probably haven’t. So that’s why I’m here to tell you what it is, and why it is so important the world knows what’s going on…

Well, in late November 2021, the Canadian government announced that there will be new rules for trucker’s starting January 15th 2022. Previously truckers had been exempt from the vaccine mandates, and the 14 day quarantine, as they are a vital part of the supply chain. However, new rules state that any trucker crossing the border needs to have proof of vaccination, and if they don’t, they will be required to quarantine for 14 days once back in Canada. Unvaccinated American truckers will be turned away at the border.

As you can imagine, this has created huge problems within an already damaged supply chain. The trucking industry itself is already dealing with labour shortages, and these mandates threaten to throw another 20-25 per cent of drivers out of work.

Imports to Canada make up 33 per cent of Canada’s gross domestic product (GDP), with the largest imports coming from the United States. A disruption to this supply chain will mean shortages of food, and everything else. In the supermarkets we are already seeing rows of empty freezers, threadbare meat compartments and a rise in the cost of food. And it hasn’t even been two weeks since the mandate was enforced.

In protest, a trucking convoy was organised by Tamara Lich, an activist for Canadian rights and freedoms. Several convoys of trucks traversing all of the Canadian provinces, plan to reach Parliament Hill in our capital city Ottawa by January 29th, where a peaceful rally will take place.

What started as a protest against vaccination mandates, has now become a full-on fight for freedom after the government announced new rules for 4 and 5-year-olds, who, like the older pupils, now have to be masked throughout the school day, on the bus, and also at playtime. Businesses have again been given rules on masking and occupancy reduction, teachers are now made to wear N95 masks, hospitals are cancelling surgeries left right and centre due to staffing shortages (yes, hospitals have had to fire any unvaccinated staff), and everything is spiralling off into chaos.

And as truckers are controlling the supply chain and holding quite a lot of the cards, they are in a unique position to be able to do something about it all.

Truckers from all over the world are planning on congregating in solidarity and there are thousands coming in from the US. And if they won’t let them in, they said they’ll block the borders. There are also hundreds of thousands of people making their way across the country in support, and the convoy is expected to break the records as the longest convoy in history.

A GoFundMe page was started to help the truckers, and the current donations are sitting at around CAN$4.7m. However, the fundraising company has frozen access to the money until the organiser can provide proof of where the money is going and how it will be spent.

So why have you not heard about all this, I hear you wonder. Well, to put it bluntly, we are being blocked. By the media, social media, everywhere you can think of. Numbers are purposely being downplayed, Facebook groups in support of the truckers are being shut down and falsely accused of being “terrorist” groups. Traffic cams along the routes the truckers are taking are being turned off, videos on social media are being taken down, and what you can find in the media is laughably inaccurate with statements of “only 12 truckers” in the convoy.

Over 91 per cent of Canadians are in support of the truckers and their protest against the mandates. Canadians are tired of all of this. We watch on as other countries are opening up, getting rid of vaccine passports and masks, and generally just getting on with life, while we are being clamped down on harder with Prime Minister Justin Trudeau calling the unvaccinated (who he refers to as anti-vax) “anti-science, racists, and misogynistic extremists” asking whether the rest of Canada should “tolerate these people”. And where was he while all this is going on? In Costa Rica on holiday avoiding the whole situation. He’s now back home but announced today he is isolating and will be working from home after being exposed to Covid-19. Even though he tested negative.

As our National anthem states, we are “True North strong and free”, and although we are not feeling very free right now, we are strong, and we will fight, and we are coming Mr. Trudeau.

To show support or donate or be updated on the convoy’s progress, here are a couple of Facebook groups to join: 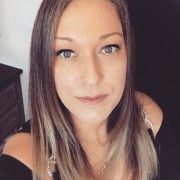