Our government should be investing in protecting its citizens…

For anyone engaged in the climate and ecological emergency (CEE), 2020 has been sobering. Fires, floods, plagues of crop-destroying locusts in parts of Africa and the Middle East, a calamitous wheat harvest here in the UK – evidence of the CEE is all around us. British researchers recently revealed our planet has lost a ‘staggering’ 28 trillion tonnes of ice since 1994, due to the effects of global heating on glaciers and ice sheets. The disappearance of white ice exposes the dark ocean or soil beneath, drastically reducing the Earth’s ability to reflect solar radiation back into space, resulting in further heating.

The government’s own Committee on Climate Change has warned we now need to prepare for the worst-case scenario. That means a 4C temperature increase and a one-metre rise in sea levels by 2100, incompatible with an organised global community, according to climate scientists, who estimate we’ll start seeing severe effects, including food shortages and the displacement of millions, by the middle of the century. Frankly, it makes me grateful I don’t have the children I once longed for. But I still grieve deeply for this rare and beautiful planet and all the life on it. In my lifetime, populations of mammals, birds, amphibians, reptiles and fish have dropped by 60 per cent as a result of human activity – that’s alongside the decimation of insects, the rapid deforestation, the plastic pollution of our oceans. I’ve signed petitions and made changes in my own life but I never felt it was making much difference. Which is why, for the past year and a half, I’ve been involved in Extinction Rebellion, often just called XR.

In that time, I’ve heard a lot of criticism, mainly from the sidelines. As the third Rebellion is underway this week, here are my responses to a few common criticisms.

Why do you have to be so disruptive – can’t you just lobby MPs?

People have been lobbying for decades and it hasn’t worked. Even groups like Greenpeace, whose members have taken extremely courageous actions, haven’t managed to convince successive governments to take the CEE seriously. That’s why we engage in non-violent civil disobedience, sometimes risking arrest, echoing previous movements for social change. None of us want to be out there doing that but we recognise this is an emergency that demands urgent, dramatic action.

We do engage with politicians. XR members helped develop the CEE Bill, which outlines urgent, practical steps that can be taken. It was tabled this week by Green Party MP Caroline Lucas. But only 20 out of 650 MPs backed it and the second reading has been pushed to March. This is what we’re up against.

Any disruption we cause (which is often exaggerated – we always let emergency vehicles through, for example) pales into insignificance when you consider what’s coming our way with the CEE. But a lot of people don’t realise this because they don’t fully understand the gravity of the situation. Which brings me to…

You’re doom-mongers – it’s not that bad.

The threat to our planet is terrifying – no wonder it leads to some cognitive dissonance. But this understandable fear is being exploited by those with an interest in hiding what’s really going on, including think tanks lobbying on behalf of carbon-heavy industries (check out desmog.co.uk for more on that murky world). XR’s first demand is ‘Tell The Truth’. At the end of last year, UN Secretary General Antonio Guterres warned major scientific reports show we’re ‘knowingly destroying the very support systems keeping us alive.’ He added, ‘If we don’t urgently change our way of life, we jeopardise life itself.’ Unfortunately, the changes we’d need to make wouldn’t be comfortable or win elections. So governments have hidden this reality.

The demand to tell the truth is also directed at the media. As a journalist, it pains me deeply to concede the media’s coverage of the CEE is, for the most part, shameful. The biggest crisis threatening humanity rarely makes main headlines. Too often, the severity of the CEE is presented as opinion when it’s scientific fact, and coverage of protests focuses on the inconvenience, not on the reasons behind them. This week, a BBC Radio 4 journalist reported XR activists were blocking Westminster to highlight ‘what they call a climate crisis’. No – it is a crisis. It’s strange and disturbing to be inside a movement some sectors of the media actively smear – to see us blamed for a rubbish-strewn park, for example, when I was there and know the pictures were not of our event (clean-up plans are built into every action).  This week, a dishonourable mention goes to the Spectator journalist who went along to the first day of actions so determined to sneer, and so ignorant of the environmental crisis, he misheard ‘sixth mass extinction’ as ‘sick mass extinction.’ His editors clearly didn’t know enough to correct his copy.

We deserve to know the truth.

We live in a toxic system that makes individual change very difficult. That doesn’t mean we can’t protest it. Early this year, I wanted to go to Ireland. Travelling by car and ferry from London would have cost almost £400. But a return flight to Knock? £55. (I didn’t go in the end). We all live in this system, which is why XR has a culture of not blaming and shaming individuals. That said, you’d struggle to find committed members who haven’t made major changes. I stopped eating meat and dairy a few years ago – apart from the cruelty, animal agriculture is a major contributor to deforestation. I’ve committed to avoiding flying and buying new clothes (thank goodness for eBay), and have switched bank accounts from the unethical HSBC to Nationwide.

Yes, the detractors like to have it both ways! We’re a range of people. Some are retired, some are students. Many are working people who take time off to go to protests. XR has been criticised for its lack of diversity, which I’d say has been fair. The criticism has been heard and there’s been a massive effort to act on it – it’s great to be part of a movement that can actually accept feedback and try to change. Let’s not forget there are XR groups all over the world, in countries including Israel, Uganda, Sri Lanka and Indonesia (whose capital, Jakarta, is sinking, largely due to climate change). In this country, our communities include XR Muslims, XR Jews, Christian Climate Action, XR Families, XR Youth, XR Grandparents, XR Working Class, plus Scientists, Doctors and Lawyers for XR. The climate crisis is not going to pick who it affects.

I don’t like some of the things your members have said/done.

XR is decentralised, with no leaders. So individual groups can carry out actions as XR, as long as they’re aligned with its principles, the infamous example being last year’s action at Canning Town, when members climbed on top of a train. Most of XR disagreed with targeting the Tube but the group went ahead. The way we’re organised isn’t perfect – but nor is our current hierarchical system. XR isn’t just about the CEE. We’re trying to model a different way of life, one rooted in community, which might equip us for the upheavals on the way.

There must be a better way to go about this…

I’m open to finding one. At the moment, XR, with its hope, its courage and all its flaws, seems the best option to me. But if anyone has better ideas, I’m sure lots of us would support them. Mainly, I’d just encourage you to involve yourself in some way in this fight. Most climate scientists have stopped talking about preventing the worst outcomes and instead now focus on mitigation and preparation. Our government should be investing in protecting its citizens. Instead, it’s bailing out polluting industries and ploughing ahead with deforestation for the disastrous HS2 project. Those in power are, tragically, still ignoring the science. 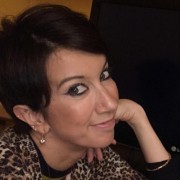 Charlotte Haigh has been a health writer for 20 years, contributing regularly to titles including Healthy, Grazia, Marie Claire, Women's Health, Stylist and the Daily Mirror. She lives in the London suburbs.