For anyone who has suffered under the hands of a controlling partner, watching BBC3’s documentary ‘Is This Coercive Control’ would not have been easy viewing…

In the programme, a group of ten women and ten men aged 18 – 25 were asked to provide their opinions about a relationship involving coercive control. Most of the group failed to recognise the man’s manipulating, controlling and abusive behaviour towards his partner. Some even branded the actions as “normal” and that the woman was to blame.

In verifying young people’s ignorance towards the nuances of emotional abuse and coercive control, the documentary underscores the urgent need for more to be done in schools to teach students about domestic abuse and what constitutes healthy, balanced relationships.

The airing of the documentary comes at a time when domestic abuse is on the rise.

The coronavirus health crisis and its subsequent lockdowns have gradually compounded abuse against women. An investigation by Panorama and Women’s Aid showed that two-thirds of women in abusive relationships have suffered more violence from their partners during the pandemic.

The UN has described the global increase in domestic abuse as a “shadow pandemic.”

Calls are being made for greater collaboration at a government and school level to teach pupils about healthy relationships.

Despite teaching PSHE now compulsory in schools, it still fails to be lauded with the same primacy as subjects considered to be at the centre of the curriculum.

With students being forced to study at home due to the pandemic, PSHE has been given even less precedence, overshadowed almost entirely by subjects deemed as core, namely Maths, English, and Science, at a time when domestic abuse is escalating, and the topic requires greater attention than ever.

Writing for TES, Elizabeth Laming from the PSHE Association, says how the safe teaching of PSHE is a crucial during school closures. “Now more than ever, pupils need to be equipped with strategies to protect their mental health and emotional wellbeing, regulate their sleep patterns, ensure online safety, maintain positive relationships, and keep their physical health on top form,” writes Laming.

Talia Kensit, who runs Youth Realities, a youth-led organisation she set up when she was 19 to address teenage relationship abuse through creative education and survivor-centred support, says it is important schools work with parents/carers to help build their awareness and understanding of relationship abuse.

“This in turn, should increase the likelihood of parents not only allowing their children to engage in classes in school, but open up important conversations at home,” Talia Kensit told me.

Talia also wants to know what training teachers are receiving to teach RSE/PSHE and whether the government will be investing in specialists, such as NGOs, to work collaboratively with schools, as it cannot be expected that teachers, who are not qualified or specialist in PSHE/RSE, are made to deliver work they have not been trained to do.

“Young people deserve to have access to education that not only makes them more aware of risks they may be exposed to, but equally puts emphasis on how to treat others with respect and dignity – prevention, not cure. We need thorough, in-depth healthy relationships education that centres respect, consent, and equality. It’s time the government, and schools, work together and make this happen,” said Talia Kensit.

Paula Rhone-Adrien, a leading UK family law barrister, questions why, in the education system, personal, social and health education is “not a topic lauded with more praise.”

Paula Rhone-Adrien suspects a lot has to do with the fact that many adults have never heard of the subject. As it covers such a broad array of topics – from sex education to managing a healthy diet – even if they had heard of the subject, it would be difficult to possess a complete understanding.

“This vast topic and lack of understanding makes it hard for us to engage our children in discussion,” said Rhone-Adrien.

“I see the fall out of our society’s failure to address what is, and the harm caused by, domestic abuse. We know that domestic abuse is a hidden crime and ignorance permits this killer harm to breed unrelentingly. If used properly, PHSE is a life saver, it’s as simple as that,” the family law barrister added.

As the BBC3 documentary underlined, there is worrying ignorance into what equates as domestic abuse. Emma Davey, founder of MyTraumaTherapy and qualified narcissistic abuse recovery coach, has spoken to many people who have suffered from domestic violence. She found that the common theme throughout is that at the beginning of the relationship, they didn’t know they were being abused.

“They thought being controlled and manipulated was normal and believed that this meant they were “loved” and were given a form of affection,” said Davey.

The abuse recovery coach believes that if schools made it a priority to teach children about abuse and what mistreatment looks like in a relationship, sufferers would be able to recognise and identify what red flags are and the importance that they should not be ignored.

“Educating students on what a healthy relationship looks like is a good life skill to have as this will teach people how to treat others correctly, said Emma Davey.

Domestic abuse is a crime. As Davey notes, whether it is physical or emotional, young people need to be educated on the fact that it is an offence and should not be tolerated.

“In my opinion learning about the safety around relationships is just as important as Maths and English,” she concluded.

Photo by Sydney Sims on Unsplash 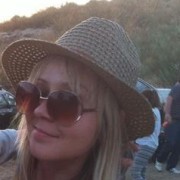 Gabrielle Pickard Whitehead has been reporting for a wide range of publications – print and online - since 2006. Gabrielle writes on a range of subjects, but her biggest focus is on issues related to inequality, women’s rights, austerity, and social and economic reform. Gabrielle graduated with a degree in Media and Journalism from John Moores University in Liverpool. She is the founder of copywriting and freelance journalism service providers PW Copy. You can follow Gabrielle @GabsP78