Kink is just a bit of harmless fun until someone gets seriously hurt—or killed. Why is it socially acceptable?

Let’s take a closer look at these factors, then consider solutions that we can implement.

The explosion of queer theory in academia has made matters worse by questioning the need to preserve a child’s innocence in the first place, so now we’re seeing RSE (relationships and sex education) materials with references to felching and sex dice games for kids to play. Yes indeed, they were (and possibly still are) teaching kink in schools to pubescent kids as a normal, healthy part of life and living. Should appropriate education with an emphasis on relationships and health and safety not be more important than sexualising kids? The September 2018 “Relationships and Sex Education: The Way Forward” report from the Lords and Commons Family and Child Protection Group’s answer is an emphatic “yes.”

Everyone agrees there is a crisis in child welfare. Despite all efforts, the UK still has the highest teen pregnancy rate in Western Europe; rates of mental illness are rapidly increasing; children as young as 5 are reportedly accessing pornography; figures for child sexual abuse show that one third of attacks are committed by other children; rates of STIs amongst young people are at epidemic level; and according to a report by the BMJ, self-harm amongst children under the age of twelve and early mid-teen girls have more than doubled in the past six years. On top of that, the BMJ also claims that suicide rates in the United Kingdom among adolescents aged 15-19 years have increased from 3.2 to 5.4 per 100000 between the period 2010 and 2015.

…we have taken a look at some of the guidance that is being offered to schools by lobby/activist/political groups to support the new RSE curriculum. Some of the content of these programmes misrepresents the Equality Act, removes the rights of girls to privacy and safety and uses as their basis queer theory which is inappropriate for schools.

In other words, little had changed. The reason for this is that the lobby groups pushing queer theory-based educational material to schools keep doing so until they are challenged and ousted. The recent guidance on RSE as issued by the Government in September last year is just that: guidance. There’s no statutory obligation to implement it and I’ve got anecdotal evidence from worried mothers that they don’t, including one who told me her daughter had just been in a lesson in which girls were described as “people with a uterus” while boys were referred to as “boys.”

Anyone who cares about appropriate education must therefore be vigilant. Stonewall’s recent effort, their School and College Champion Awards scheme, was robustly opposed by women working with Baroness Nicholson, who wrote to local councillors, school commissioners, and local education authorities to remind them that Stonewall is a threat to child safeguarding, which they certainly are when they encourage children to become sexualised by teaching or promoting the teaching of age-inappropriate subjects, including gender identity. The page is still up on its website, so we need to keep checking what is being taught in our schools.

As feminist writer Andrea Dworkin put it in her book, Woman Hating,

…a deep, ingrained prejudice against women informs aspects of society from legislation to cohabitation.

It’s hard to argue that she was wrong when women organising anything that’s just for biological women are considered hateful bigots for doing so. It takes a fair amount of brass in one’s neck to call a group of people organising in their own interests exclusionary while condoning and encouraging female-exclusionary language in official health messages and commercial advertising. In the Western hemisphere this is becoming more common. It’s structural when it’s embedded in the fabric of public and commercial institutions—and they put out misogynist nonsense such as calling women “people who bleed” and “birthing parents,” then defend it.

Where kink is concerned, misogyny is in the driving seat. Even mild kink such as sub/dom reinforces harmful patriarchal stereotypes in which either a woman is abused or plays the role of an abuser. In situations where a male sub is being smacked or whipped, etc., he is very much in control; the fun stops when he wants it to stop. For women, this is rarely the case. When men are being humiliated it’s usually role play. When it’s a woman, it’s for real. They are spat on, slapped, and strangled as a matter of course, as if it doesn’t occur to the men who do this that it’s a horrible thing to do to another human being. They’d never treat their mates like that, so why do it to us? Because, as Andrea Dworkin pointed out, we are despised. This explains the prevalence of porn in which injured women in need of medical intervention are presented as sexual delicacies to be savoured. Pre-internet, such notions were confined to niche magazines in specialist retail outlets. Now they’re not just ubiquitous online, mass acceptance has sent it mainstream, and it’s on t-shirts and other merchandize. There’s a petition up asking Etsy to stop selling child porn dolls and incest-themed products. That a mainstream online store can sell such things while banning “I Love JKR” items tends to stick in one’s craw. Don’t get me started on the violent, threatening slogans on their anti-TERF products.

The fact that kink is so popular these days is beginning to hurt the people it was meant to be inclusive of.

Unfortunately, one must acknowledge that the queer and kinky delights of sex positivity cannot and do not play out within a vacuum. Kink, like queerness, undeniably attracts both the gaze and interest of individuals who wish to utilise, exploit or even abuse the sexuality of others to manufacture their own pleasure.

…The reduction of trans narratives to a sum of their anatomical parts and, crucially, the supposedly freakish and taboo nature of those parts, disempowers transgender individuals both in the bedroom and in the wider community.

The role of Queer Theory

The lightning speed at which regressive stereotyping has become normalised and relabelled progressive would not have been possible without Queer Theory having been so widely accepted in the first place. According to the Illinois Library,

Queer theory’s origin is hard to clearly define, since it came from multiple critical and cultural contexts, including feminism, post-structuralist theory, radical movements of people of color, the gay and lesbian movements, AIDS activism, many sexual subcultural practices such as sadomasochism, and postcolonialism.

Since “Heteronormativity is a form of power and control that applies pressure to both straight and gay individuals, through institutional arrangements and accepted social norms,” Queer theorists see it as their duty to disrupt key concepts of normalcy “in hopes that this will destroy difference as well as inequality.” So if you ever believed that liberal progressives are all about making weird things normal, you’re right; they consider it a duty to do so. They also believe you can create your own reality by acting it out, ergo a woman is whoever they say they are. While Queer Theory began in gender and post-structuralist studies it has expanded to include other aspects of academia to the point where educated individuals will tell you to your face that the penis, with all that it means to have one, is a social construct. So if it’s just a social construct, having one out in the open in the ladies’ changing rooms or shown to kids in action as part of a sex education class is perfectly acceptable. Since these people are steeped in LGBTQ+ culture, it should not surprise us that they normalise kink in their own circles and that this means normalising porn use—and all the abuse that goes with it. When both of these intersect with misogyny, it’s a disaster waiting to happen and everything they touch turns into a giant mess that the rest of us are obliged to clean up while they walk away washing their hands of all involvement.

The harms that all of this is doing to our societies here in the Western Hemisphere, along with the concomitant damage to the economy as a result is incalculable. First of all we have young girls being hospitalised with sexual injuries at horrendous rates, then we have men getting away with murdering women and girls using “rough sex” as a defence, then we have young women and girls fleeing womanhood in droves to get away from the stochastic terrorism of the toxic environment in which they live. This often results in them being sterilised due to the effects of taking testosterone or having their uteri electively removed as part of the transition process. We are losing an entire generation to this and some of them are already regretting it. Those who have lost their reproductive systems are now prematurely menopausal and will need medication for life. Meanwhile, pointing this out gets us into trouble as people fall for this lunacy.

If Queer theorists are duty-bound to destroy difference and inequality, do they ever bother to find out if their efforts are bearing fruit and, if so, what kind? The answer is in Robyn Ryle’s latest piece for Newsweek:

In a world that is increasingly gender integrated and where the strict roles laid out for men and women are loosening, sports remain one of the last strongholds for the cult of gender differences. Preventing transgender and intersex women from competing has nothing to do with fairness, but with the ways in which their inclusion calls into question the meaningfulness of gender as a category in the first place.

Sports aren’t fair in all these ways, but there are more important values than fairness at stake in the debates about transgender and intersex athletes—values like equality, teamwork, access and inclusion.

What can we do about this?

A culture of “no debate” is endemic among the woke but that should not stop us from having it anyway, particularly with our representatives. Whether they are woke or not, when they’re up for re-election they are vulnerable and they need to be reminded of that. They also need us to get in touch with them to remind them that they represent us. Mine is useless but she knows how I feel about this since I like to keep in touch with her, particularly when I’m contacting other people about these issues.

Talking about how “don’t kink-shame” is a thing now and explaining why kink-shaming is a reasonable thing to do in light of the harms it is causing raises awareness and may well bring about some conversations in the households of people who read our comments even if they don’t reply to them. These ideas only gain traction in our society if we allow them to; push-back is vital to encourage society to change in beneficial ways. Reading, writing, and sharing blog posts is another important way of helping to counter the ubiquity of kink. 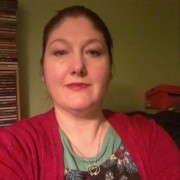 Wendy Cockcroft is a freelance writer with a background in creative writing and a passion for politics. She has written political pieces for Techdirt, Falkvinge on Infopolicy, and The Pirate Party UK.