After the disappointment that was Christopher Nolan’s Tenet, I have been eagerly-awaiting the release of the new James Bond film, due to hit cinemas this November…

Not that I’m particularly a big Bond fan, but the events of this year have given us all a need for a few hours of escapism – and who better to do that than 007.

Its release would also give the cinema industry a desperately needed boost after the coronavirus pandemic forced cinema chains and independent screens to close their doors during lockdown.

But this year hasn’t quite finished with us yet, and this week, MGM, Universal and Bond producers, Michael G. Wilson and Barbara Broccoli announced that cinema-goers would have to wait until next spring to see Daniel Craig’s last outing as Bond in No Time to Die – almost a year to the day it was first due to be released.

Unfortunately, this decision has forced one major player into making a heart-breaking decision.

This weekend, it was revealed that Cineworld, the UK’s biggest cinema chain, will be closing the doors to all its 128 screens until next year, putting 5,500 jobs at risk in the UK and almost 40,000 in the US.

Cineworld also owns Regal Cinemas, the second-largest chain in the US, which too will also reportedly close all of its 543 venues, which account for the chain’s 7,000+ screens.

The Sunday Times reported that the closures could happen as early as this week and on Monday morning, Cineworld broke its silence and in an announcement to the City, it said: “Cineworld confirms that it will be temporarily suspending operations at all of its 536 Regal theatres in the US and its 127 Cineworld and Picturehouse theatres in the UK from Thursday 8 October 2020.

“As major US markets, mainly New York, remained closed and without guidance on reopening timing, studios have been reluctant to release their pipeline of new films.

“In turn, without these new releases, Cineworld cannot provide customers in both the US and the UK – the company’s primary markets – with the breadth of strong commercial films necessary for them to consider coming back to theatres against the backdrop of COVID-19.”

It’s yet another blow to the arts and entertainment industry, which is already on its knees because of the Covid-19 pandemic which in forced cinemas, theatres and music venues to lockdown in the blink of a Thanos snap.

After three months, cinemas tentatively reopened with social distancing measures in place in July and, armed with my Cineworld membership card, I donned my mask and hand sanitiser and visited my local screen for the first time in six months.

It felt good to be back, the smell of hot dogs and popcorn wafting through my mask and I felt very safe as I took my seat metres away from other cinema-goers – who at the best of times annoy me with their constant talking, playing on their phones or eating noisy food. So this empty cinema with no one to irritate me was ideal! Of course, it also felt very strange being in a screen that was half-full at 8pm on a Friday night watching a summer blockbuster that had only been out a few days.

And this is where the problem lies. No bums on seats, no packed houses and no big opening weekends equals no profits.

This was proved with Tenet, which proved to not only be a disappointment with a lot of cinemagoers, but also at the box office, particularly in the US where a lot of screens, especially in New York and Los Angeles, have yet to open.

So it’s little wonder the Bond bosses took the decision to push back No Time To Die’s release again.

A source at MGM told Rolling Stone : “The film wouldn’t have its greatest chance of success because there are too many unknowables at this point. This is a global film; this is the first time the movie’s been in a marketplace in five years. We really believe in the theatrical experience. We want this to be a theatrical experience in the same spirit of the other films.”

Because if no one’s going to the cinema, not only will the cinematic impact be lost, but these films will struggle to break even.

However, it still baffles me that 300 people can pack onto a plane to Europe but not in a cinema or theatre. Surely the risks are just as high and to me, keeping our film industry afloat is far more important than a week on a beach in Malaga.

Thankfully, there is a silver lining of the storm cloud that is 2020 for these smaller theatres, after Culture Secretary Oliver Dowden announced last week that 42 cinemas in will share £650,000 in the “first wave of emergency funding” from the government’s £30 million fund for independent cinemas.

Mr Dowden said: “We all enjoyed the escapism of a good film during lockdown, but nothing beats the experience of the big screen. This first wave of emergency funding will help dozens of independent cinemas around the country, preserving their unique character and history for future generations.

“So I urge everyone to get booking your seats and support your local cinema.”

But how far will that money go? And for how long? With no end to this pandemic in sight at the moment and no relaxation on social distancing measures, these venues – big or small – have got to think long term.

I feel for our Chancellor, I really do. He has had to make some very, very tough financial decisions during this unprecedented year and as he quite rightly said, he can’t help everyone.

But we don’t want to be become a world of film-lovers reduced to turning square-eyed as we watch new releases on our televisions for the rest of our lives. We don’t want to be forced to stand by and watch our local cinemas become abandoned and derelict, the ghosts of the days of celluloid gone by languishing inside.

Cinemas are sanctuaries, a place to forget the outside world for a few hours, an escape into fantasy and fiction, to laugh, cry, gaze in wonder at special effects and cinematography and to find ourselves a hero.

Another reason why Bond’s delayed return is being felt by cinema-goers around the world. Because right now, in this time of fear and uncertainty, we need a hero like him more than ever. 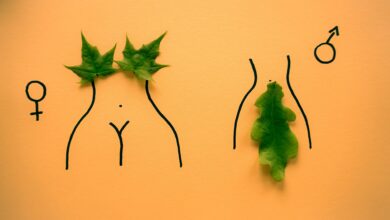 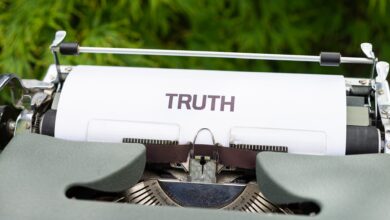 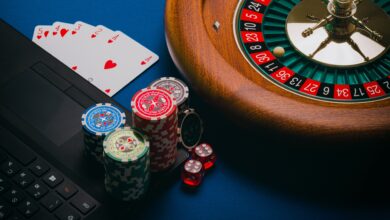