If the Left really wants to understand and combat racism, it needs to set aside woke ideology imported from the US and study lived experience…

Witnessing the rise of the Black Lives Matter movement in the UK over the summer, I felt an old sense of frustration: the Left is wrong about racism and has been wrong for a long time. I know this, because I have lived much of my life near the hearts of the black community in London – Notting Hill, North Kensington and Brixton – and attended, back in the 1980s, a very rough and very multiethnic, largely working class and black secondary school: Holland Park Comprehensive. I was a white, Left-wing, ‘right on’ (as ‘woke’ was then called) teenager who joined the Labour Party Young Socialists and agitated against Apartheid South Africa. But my lived experience taught me that racism was not how the Left perceived it.

Our multiracial, mostly Left-liberal teachers taught us that racism was white and anti-black. In English class, we studied Roll of Thunder, Hear my Cry; Mildred Taylor’s 1976 novel about racism in Mississippi in the 1930s. But London in the 1980s was not the Jim Crow South. I honestly cannot recall a single incident at Holland Park of any pupil or teacher ever being racist to a black person to their face. There was, however, plenty of racism, and it primarily involved white and black kids being racist towards ‘Asians’; i.e. children whose families were from India, Pakistan, Bangladesh or Sri Lanka. I recall a playground fight, in which a very large black boy punched a much smaller Asian boy in the face so hard I could hear the blow, and was later told by a teacher it had begun with the black boy racially taunting the Asian. On another occasion, an Asian supply teacher took our class for a lesson and a black boy commented ‘this school is being P***-ised’. A white girl in our class went on a racist rant when a new boy turned out to be Asian, complaining ‘Why can’t we have someone English ?’ An Arab boy was reduced to tears when a white girl he fancied called him a ‘P***’.

Asian children were largely recent immigrants, who either did not know English well or spoke with an accent. They were thus widely viewed as ‘other’. Black working-class children, by contrast, of West Indian or African descent, spoke English just like white working-class children and were culturally almost indistinguishable from them, hence part of the dominant cultural group. The cultural assimilation between black and white went both ways, with white kids adopting street culture that was largely black in origin, such as break-dancing and body-popping. Black was never uncool. Left-wing and ‘right on’ as I was, I perceived the injustice of being taught that racism meant anti-black, when at our school it was anti-Asian, and black kids were much likelier to be perpetrators than victims.

As teenagers dressed in ‘street’ clothes, we were widely perceived by adults outside school with hostility and contempt, regardless of skin colour, and subject to frequent verbal abuse. On one occasion, waiting at the bus stop for the ride home, an elderly white woman wearing conservative clothes, including a purple hat with feathers – a type of person we rarely encountered – was jostled by some black boys. When the bus arrived, she angrily complained to the driver about ‘these blacks’. The driver listened sympathetically, helped her on board, then punished us children collectively – black and white alike – by not allowing any of us on the bus.

Black and white children, both boys and girls, were equally racist, sexist and homophobic, and equally vicious bullies. Alongside Asians, ‘gypsies’ were a despised, if ill-defined group, and ‘gypsy’ was a common term of abuse. The victim of the worst bullying in our school-year was a white, working-class girl of Irish background with whom I was friendly, who was frequently called ‘gypsy’ and harassed and assaulted by both black and white kids. There was a class element in this, as the largely working-class children were often incredibly snobbish, and considered this girl a ‘tramp’ (i.e. a poor, dirty person)| as well as a ‘gypsy’. They competed with each other over who could buy the most expensive designer tracksuits and trainers, sneering at those who dressed cheaply or scruffily. However, the actual Irish Traveller children were usually tough enough that other children did not mess with them.

Insofar as there was racism between black and white, it was black anti-white racism. Two white boys I knew – one of them of working-class Turkish background – were, on separate occasions, severely beaten up after first getting into fights with individual black boys, then being set upon by gangs of other black boys who took the side of their perceived ethnic kin. The white boys were beaten so badly they missed days of school. Another time, a white teacher trying to discipline a black boy for littering was set upon by a group of black kids who shoved and jostled him. Our very tough, white deputy headmistress had abuse shouted at her by a small black boy in the street outside. My own experience, like that of many of my peers, was of frequent harassment and assault at the hands of indistinguishable white and black bullies. Some white kids responded to bullying by black kids by becoming self-consciously racist, and defiantly adopted the word ‘n*****’ – albeit spoken covertly, among themselves.

All this was why I found it ridiculous, when a young black woman educator, who spoke to our class on one occasion, argued that racism did not work both ways, because white people had institutionalised supremacy over black people through their ownership of the police and the state. In reality, if you were white and up against a group of much tougher black kids in the playground or in the street, the supposedly institutionally racist state and police counted for nothing. Imagine telling those severely beaten white kids they had ‘white privilege’ ! Yet being taught that racism meant anti-black empowered black kids – snobbish, sexist, homophobic, anti-Asian and anti-gypsy though they often were – to throw about ‘racist’ as a frequently unwarranted rebuke in confrontations with white people.

I am not, of course, presenting my personal memoir as a complete picture of race relations in modern Britain, still less claiming there is no anti-black racism. Personal experiences vary depending on time and locality. I am simply testifying that the Left’s simplistic model of white supremacy and black victimhood was already outdated thirty-five years ago. Applied today, this cliche misanalyses the power-structures in a society that is already racially highly integrated, in which skin colour is far from being the principal determinant of status or identity. It marginalises the racism experienced by non-black ethnic minorities, which is often the worst sort. And it disregards both black racism and white victimhood, artificially and inaccurately dividing people who are culturally and behaviourally similar into oppressors and oppressed, thereby increasing racial polarisation. If the Left really wants to understand and combat racism, it needs to set aside woke ideology imported from the US and study lived experience, in all its complexity. 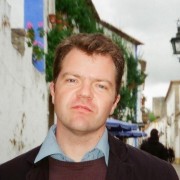 I am a historian who researches and writes about genocide, nationalism, fascism and anti-fascism, with a focus on the Balkans. My work has appeared in outlets including The Guardian, Al Jazeera, Standpoint, Prospect, Open Democracy and Left Foot Forward, and I have featured in programmes by the Holocaust Memorial Day Trust and the Sky History Channel. My most recently published book is The Bosnian Muslims in the Second World War - A History, published by Hurst and Oxford University Press. I work in Sarajevo and divide my time between Sarajevo and London.

'Ok boomer' is nasty and ageist