uncancelled’s resident cartoonist Stella Perrett is releasing a new book – a collection of her finest cartoons – through Amazon. The collection of political cartoons has been brought together inside “2020… the year we were all cancelled!”.

Stella has worked in the ‘British Small Press’ for 40 years, documenting her work on her website. From 2015-2020 she was a regular cartoonist for the UK Communist newspaper the Morning Star.

Stella tells uncancelled that she has self-censored within the book. “There are FAR more controversial cartoons I could have included, which have been published on social media, and which appeared in the Morning Star,” she says.

“I have also bent over backwards to provide protection against criticism in the book: A wide ranging copyright statement is included at the beginning, and I’ve provided ‘Red Snowflake Warning’ pages at two points in the book.

“No one can accuse this book of being gratuitously offensive. I try throughout to highlight the absurdity of knee jerk offence taking, with the ‘Red Snowflake Ratings’. I have placed everything in historical contexts,” she says.

“It’s designed as a Christmas present for ‘The Snowflake in your life’ and I hope the Red Snowflakes will actually encourage people to talk to each other about what is offensive, or not, in political cartoons.” 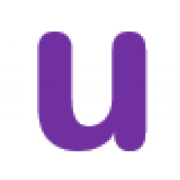