In a normal hospital setting there is no way I would have been booked in for both a CT scan and an MRI within less than a month of the doctor requesting them...

I’ve been suffering for quite a while now. My stomach, pelvis and lower back have been in pain for the past two years. The doctors have failed to get to the bottom of it. First of all, it was severe acid reflux and/or suspected diverticulitis – turned out to be slight acid reflux but the other didn’t ring true. The pain persisted. Then it was suspected prostatitis which did seem to ease when put on the relevant medication – but again the pain was still there months later.

I had a colonoscopy, endoscopy, stomach biopsy, ultrasound, all the blood tests you could possibly think of and nothing! The doctors were pulling their hair out and so was I. Frustrated by the excruciating pain and sleepless nights, I called and asked to speak to the head doctor, the lady in charge. She agreed to see me just before Christmas even though we were in the middle of a pandemic. All the tests so far didn’t seem to find anything. I was still in almost constant pain. I sat there virtually sobbing: “Just tell me what I need to do, I’ll pay for whatever is needed. Just help me get to the bottom of it.” She could tell I was in pain.

I think up until that point, following all the doctor and hospital visits, and all the negative tests, they thought I was a hypochondriac. But, I could see that the doctor now knew that I was genuine. It was a relief!

Up until about 2019, I had hardly ever gone to see the doctor. I was always fit and healthy, nothing held me back. I could always recover from any illness and quickly shake it off. But this had beaten me. It was controlling me, not the other way around. Luckily, I worked from home otherwise I wouldn’t have been able to go into an office. I would have been one of those sickly people that were always off work, the ones everyone jokes about, “Oh! He’s skiving again!” but in my case it would have been the truth.

The doctor looked genuinely concerned by my plight and decided to do one more round of bloods to make sure we were eliminating everything. Absolutely everything – STDs, complete blood count (CBC) test to see if there were any cancerous cells swimming about, tests for tropical diseases and several other vials for virtually every test under the sun. In mid-January they all came back negative – nothing!

So, the doctor decided to book me in for a CT scan. She said I might be waiting for a few months due to the coronavirus pandemic – but just a few days later, I received a letter stating that I was booked in for my scan the following week. In total, from when the doctor requested the scan to me attending was just 10 days.

I went for the CT scan. The results came back a few days later – a mass on my liver and pancreas, a hernia and bladder anomalies. No wonder I was in so much pain!!!

While I was in the hospital, the staff nurse said to me that now is the best time to get anything serious checked because people are too scared to go in to hospitals for fear of catching the coronavirus. The hospital was very quiet. It seemed empty.

Following the CT results, I was booked in for an emergency MRI scan. Again, the doctor said it might take a while to come through due to the pandemic – but low and behold, the appointment date came just a few days later and I’m booked in for this Wednesday.

The doctor said they need an urgent look at what’s going on and an MRI scan can help shine a light on the best way forward. Even though I haven’t had the MRI yet, I feel somewhat relieved because they are finally getting to the bottom of it. There is something there and they are dealing with it.

I can’t help but think that the coronavirus might have saved my life. In a normal hospital setting there is no way I would have been booked in for both a CT scan and an MRI within less than a month of the doctor requesting them. In fact, it’s virtually unheard of.

I now eagerly await the Wednesday scan and hope they can take swift action to remedy anything needed upon those results! I’m nervous but relieved.

We moan about the NHS, but I think when this pandemic is over we will all come to appreciate what a great health service we have here in the UK, and how much better our service is than in other countries around the world. 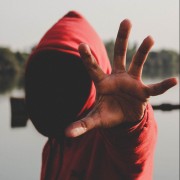 Rich wishes to remain anonymous and we respect that wish!

Does my newborn have a right to feel short-changed?