I had to call the police to take my husband away. It’s the hardest thing I’ve ever done…

The pandemic is causing a mental health crisis across the country. And Nick’s been at the sharp end – sectioned twice (‘detained under the Mental Health Act’).

It was the first lockdown that pushed him over the edge. In those long-ago days BC (Before Covid) Nick was a tour guide in a brewery. He loved sharing his enthusiasm for craft beer and showing people how to taste it, with as much care as any wine expert. Suddenly this gregarious man was at home all day, without any audience. He’d been on antidepressants for years, but furlough triggered something that had been under the surface.

Nick took over the station coffee shop, closed because business disappeared without commuters. The owner, Nick’s friend, had taken a job at Sainsbury’s to support his family. Nick had grand schemes: he believed he could create an empire to rival Costa. He was obsessed – on the worst day, at the shop for 18 hours, home for three, then he didn’t come back for another day. (He spent part of the night walking round with our local police community support officers. I’m so grateful they kept him safe.)

That’s when I had to call for help. But even once the mental health crisis team took Nick on, it took a week of visits, with him getting worse all time, before he was sectioned and got a bed in a psychiatric hospital (and a diagnosis). More recently severe depression – he couldn’t get out of bed for days and refused any food – saw him admitted again.

I had to fight the system. Nick was in a terrible state and I worried he was suicidal. Even though he now has a community psychiatric team, I couldn’t get him any help. His social worker was away and it seems no one else was covering. Eventually a very junior carer was brave enough to make ít clear I had to call the police (brave because she was stepping over the mark and could have got into trouble). It was terrifying. And I’m lucky to have some idea how the system works, after years writing about health and two sisters who work in the NHS. What must it be like for anyone new to all this?

The pandemic – and lockdown – has caused misery for many. Isolation and lack of human contact has a severe effect on mental health. Face to face communication and touch are vital – anyone living alone will know how much you miss it when stuck behind your front door. Some are robust enough to cope, others will recover once (please God – whichever one you do or don’t believe in) this is all over. People who’ve been ill with Covid can be left with severe, long term physical and mental health problems.

Over the last few years, there’s been plenty of publicity telling people to ask for help if they feel miserable. But all too often when you do, it isn’t there. Mental health has been called a Cinderella service for decades. Waiting lists that would be headline news if they affected physical health – over 18 months for children and young people just for a first appointment – have been common for years.

I worry about our 17 year old son Owen*. Being under house arrest with a psychotic dad last year was terrifying. We woke up every morning not knowing what NIck might have done in the night. One morning Owen found his X-box in the wheelie bin. Nick’s granddad’s World War I medals were in the back garden and my purse was in next door’s flower pot.

Owen was reluctant to talk about his feelings – what teenage boy isn’t? But he finally said yes, he might be interested in getting help. Only the funding isn’t there. A social worker had to ask a panel of managers to agree to counselling (with Nick out of work, we just don’t have the money). They refused, on the specious grounds that it’s Nick who is ill. Yeah, that’s kind of the point…

The health charity Mind might take Owen on, but the local waiting list is six to nine months. If things work out (and who knows what on earth is happening with exams) he’ll be off to university by then. Having made the decision to ask for help, to be knocked back was devastating.

And what of Nick? He caught Covid in hospital – thankfully without getting ill, so at least bipolar disorder might have, in a strange way, given him some immunity. And that counts as good news these days. 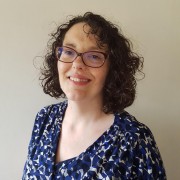