Anthropocentric nature writing betrays a fear of the natural world…

Recently, I’ve had quite a lot of nature writing ideas rejected, with the suggestion I re-fashion them around my own “relationship” with the creatures concerned, or their “role” in local communities, or turn a book into an account of “my journey” with a certain bird. A newspaper piece was transformed when I mentioned the guide showing me round a birdwatching reserve was a retired teacher. Soon, an editor was morphing my reflection on winter birds into a story about how volunteering had enhanced an elderly man’s mental health. This Anthropocentric trend gets my goat, if you pardon the pun, for various reasons.

I have many favourite nature writers – Gilbert White, Frances Kilvert, Nan Shephard – Derek Jarman, whose diarised reflections are beautifully infused with melancholy meditations on the coastal landscape of his home at Dungeness. I read American nature writers – Rachel Carson, Sally Carrighar, Barry Lopez, Annie Dillard, Anne Zwinger – or explore farther afield, to the tiger chronicles of Indian naturalist Valmik Thapar. But I still want to support up-and-coming UK authors, and am disappointed that, often, what is sold as nature writing turns out to be self-promotion, “lifestyle,” or attempts at “tackling” issues. My gripe is not with projects setting out clearly to depict animal/human interactions, such as Martin Clunes’ A Man and His Dog, or fly-on-the-wall features in vets’ surgeries, but writing “about” animals that is merely an excuse to shove humans centre stage.

British Nature Writing offers some of the best opportunities for literature, proclaims the Waterstones website, below a slideshow of books representing the cream of the crop of recent nature writing. One is about a renovated farm, another the autobiography of a shepherd. It is typical of our distorted view of nature that books about farming are slotted into this genre. The book describes how “our fortunes were founded” on the animals, and is “a story of wool, money, history, merchants, farmers and shepherds, of English yeomen and how they got their freedom.” It is reiterated that “Sheep helped define our culture and topography …”  –  “our” crops up more than any other word in all the descriptions.  One is even devoted to the “the free work nature does for Britain.”

Recently, Esquire magazine proclaimed Nature writing – in which the beauty of the natural world is used as way of exploring inner turmoil – has enjoyed a commercial and critical renaissance. I never realized my writing on flora and fauna must serve as a means of expunging my inner turmoil. Its also worth remembering nature writing often encompasses the violence of the wild, as well as its beauty.  Esquire’s must-read list includes one where an author explores a river “and grapples with her own ghosts,” another – “One of the most popular examples of the new nature trend” – ostensibly about the wildlife of a Scottish island, but actually about its author’s alcoholism, a book about water whose writer “offers a reflection of his own life,” and a tome in which a trip to rural Wales is taken as a respite for an author “distressed at capitalism and meaninglessness of life.”

There are many good books about how “bird watching cured my depression,” or an animal sanctuary or library-lodging cat “brought the community together.” But defining these as nature writing sees them dominate the market to the exclusion of books actually about nature. Were JA Baker’s seminal The Peregrine submitted for publication today, it would be rejected for being too focused on peregrines. Often due to funding, creative writing courses are now built around the idea of writing as therapy, so it isn’t surprising to see this evolve into a common formula. But this tendency makes it seem the only reason we help animals is because it helps us. I know humans are “part of nature” – though if anything, Anthropocentrism accentuates our separateness.

I’ve lost count of poetry books about “the natural world and our relationship with it.”  All poets, intentionally or not, imbue descriptions of nature with reflections of ourselves, but for this to be the principle aim of supposed “nature” writing seems contrived. When interviewed, such writers usually say how, though they write about birds, animals or plants, “what I’m really interested in is the relationship between them and us,” this revelation customarily presented as ground-breaking.

Bird books all seem to have the same ghost-writer.  Male authors are worst – female “twitchers” usually apply “nature as altruism”, but their self-reflections are mainly framed by the natural world; male authors sometimes dispense with wildlife for entire chapters.  A typical book starts with a description of how the author adopted the activity – a child preferring his own company who took to twitching in the local woodlands; at University, the pastime slips, as booze, parties and “another kind of bird watching” take over.  We then hear about a first serious relationship – “she thought my birdwatching obsession a bit eccentric” – before the author settles down to marriage and children.  Jobs are recalled – sometimes unsatisfying drudgeries that “kept a roof over my head” but are eventually abandoned in an epiphany of self-discovery. “Central are descriptions of the author’s home – usually involving a room or shed devoted to their hobby – and I abandoned one book after, thirty-odd pages in, I thought it should have been classified in Home Renovations. There were accounts of the author’s finances, family and, of course, house moves.  Another had long passages on its writer’s social life, another descended into a novella about a businessman disowning the capitalist system.  I’ve read nature books which tail off into analyses of politics, family sagas or whimsical memories of embarrassing nights out, or where, on finishing, I know more about the author’s views on sport, music and media, than wildlife.

So what is behind all this? It would be wrong to point the finger squarely at authors.  Many will have found their manuscripts edited beyond recognition. A lot of publishing and broadcasting projects depend on funding, often from government. Without wading into the debate about arts funding – to which I believe there are pros and cons – anything reliant on state funds becomes, consequently, a platform for attitudes.

Anthropocentric nature writing also betrays a fear of the natural world. Enjoying remote countryside walks, I am often advised to “be careful.” This advice is always gratefully received, but it is often on the tip of my tongue to point out how I have, in fact, never encountered danger in the great outdoors to anything like the same degree as in city centres, even by day. But as natural spaces are obliterated for housing, superstores or burger bars, the idea of “wild” life, independent of human interference, arouses suspicion.  Re-introducing predators is seen as risky to humans – even though it only redresses imbalances caused by our encroachment into their habitats. The net result is a cynicism with animals as props – not content with the ubiquity of our species, or its existing exploitation of nature, the literary world squeezes more out of both, and twists the idea of nature writing into carbon-copy pastiche. 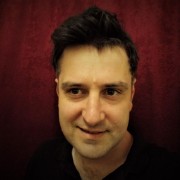 Cancel Christmas? Fine by me