Comedians are a funny bunch. They’re also, as practitioners of an art form, noticeably diverse. You can rock up to your average south London open mic night and find performers of pretty much every background and sexual or gender identity, all struggling with the hard business of being funny. That may be one of the reasons that the Arts Council has always refused to fund live comedy – it already embodies so much of the diversity and inclusion that they aim to promote in others. Comedy still has further to go in terms of representation, but in the twenty years I’ve been writing and performing the art form it has only grown more diverse and polyphonous every year. And that’s an unequivocally good thing.

What I can’t say, though, is that comedy in that time has attained the same ideological diversity. Recently, indeed, it seems to me to have grown more homogenous in outlook, or at least become keener to sort itself out along ideological lines. A few years ago, I performed at a comedy night which prides itself on its progressive outlook. I was asked explicitly not to perform material that is harmful or discriminatory, to the extent of not engaging the audience with questions. Considering myself relatively progressive, I was happy to agree – and given that my material isn’t particularly transgressive or confrontational anyway, it wasn’t a big ask. But I did think, performing on the bill of entirely left-wing comics, that ‘this is going to piss some people off.’ And sure enough, in 2018 ‘Comedy Unleashed’ started, a night priding itself on exploring ‘prejudices, contrarians and hidden thoughts’ – a comedy home for everyone who has a problem with signing release clauses for their comedy. To my mind, neither of these nights are the ‘right’ way of doing comedy; they are just ways for, in an overcrowded marketplace, comedians to market themselves. They both depend on the other’s existence to survive, and what audiences demand at one would get you ‘cancelled’ at the other.

Here’s my problem then: Not ‘wokeness’ in comedy, but the debate around it, which forces comedians to align themselves as ‘Woke’ or ‘Anti-Woke’. Both these labels are highly synthetic, didactic, and the opposite of the spirit of enquiry and fearlessness the best comedy is undertaken in. The only kind of comedian I enjoy are those who see their responsibility as satirizing both sides, and who explore difficult ideas even when that risks stepping apart from the herd. I imagine most comics share this ambition, but a ‘cancel culture’ of shaming and cliques, particularly on social media, is souring our free speech discourse. It’s got worse with live comedy shut down – comedians without the room to gig have instead retreated into bitter online arguments often based on caricatured versions of their opponents. The discussion forms another example of a general societal trend where people who think differently than you – on the left or right – are presented as not just misguided but morally deficient. Most people, in fact, are reasonably tolerant, doing their best, but prone to the occasionally mess up and with blind spots here and there. Most people are, in short, people.

Comedy is one place we don’t have to pretend to be anything other than that. And that means admitting our darker thoughts too; as a friend’s therapist put it, ‘Your dreams are not PC’. The license we give to comedians is not to defend but to explore our prejudices, and to not have that exploration be mistaken as endorsement. It’s about the right to admit that everybody has prejudice, and admitting and exploring that should not be punished like prejudice itself. Nowadays social media reacts to the presence of ambiguous and conflicting meanings by trying to simplify them into the language of offense and moral outrage; what ‘cancel culture’ really seeks to cancel is nuance. This isn’t helped if we structure our debate around free speech around extreme binaries like ‘Cancel culture is killing comedy!’ or ‘Cancel culture doesn’t exist!’, instead of trying to explore things from multiple perspectives. But if we can’t have that open discussion, more and more liberal comedians and artists are going to be driven to the political right, with whom they may have nothing else in common with than a robust defense of the principle of free speech. You see I’m old enough to remember when it was the ‘right’ shaming comedians for saying offensive things, and I wasn’t much keener on it then.

Comedy, as the old cliché goes, speaks truth to power – although usually power doesn’t care. Still, there is great value in speaking, and ‘cancel culture’ as it manifests itself in progressive circles or elsewhere – punishing people disproportionately for using the wrong language or having the wrong beliefs, ruining livelihoods over misguided Tweets – is an exercise of power in our age. It’s certainly not the most dangerous one, but it’s growing, and is particularly present in milieus comedians work in. It’s an authoritarian tendency dressed up as being ‘progressive’. In fact, I’d argue ‘cancel culture’ has negatively impacted the fortunes of progressive politics, contributing to an unfair caricature of the left as censorious killjoys, obsessed with the consequences of free speech without taking joy in the principle. It’s absolutely true that free speech always has consequences, but let’s have the free speech first and worry about the consequences later. 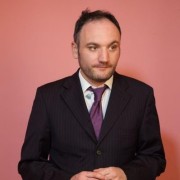 Laura Marcus: Why I “cancelled” myself

Rishi has failed us