Almost all of us are hypocrites in one way or another…

There are few things that make us more irate than the discovery that someone is a hypocrite, whether it’s Harry and Meghan making preachy comments about climate change while flying by private jet or Piers Morgan criticising Matt Hancock for breaking social distancing rules and then breaking them himself. Our disapproval is nothing new: in Dante’s Inferno, hypocrites had their own circle of hell, in which they were forced to wear robes appropriate to their sin: “Their outside was overlaid with gold, dazzling to view, but leaden all within.”

Yet I’d like to argue that our outrage is misplaced – and perhaps it’s time to give hypocrites a break.

First, a helpful definition: according to the Cambridge English dictionary, a hypocrite is “someone who says they have particular moral beliefs but behaves in ways that show these are not sincere.” Traditionally, the hypocrite was the vicar admonishing adulterers from the pulpit while having an extra-marital affair himself, or the politician voting against legalising abortion while paying for his mistress to have one. At a time when religion held greater sway, it’s not surprising that sins of hypocrisy often related to flouting a strict code of sexual morality. Yet today the charge of hypocrisy is more likely to be hurled at someone for behaviour relating to behaviour that contravenes their personal political beliefs. Seventeen years ago the Labour MP Diane Abbott, despite her left-wing views, chose to send her son to a fee-paying school, and even now the charge of “hypocrite” is still levelled at her with a venom that suggests people’s anger hasn’t dimmed with the passage of time.

It’s not just Abbott, of course. Emma Thompson drew ire for flying all the way from the US to London to address an Extinction Rebellion gathering about climate change, before flying back. Those of us who follow vegetarian or vegan diets are familiar with the kind of person who watches us like a hawk, waiting for us to make a lapse (maybe wear a pair of leather shoes, or eat a bacon sandwich) so they can shout “hypocrite!” at us.

Perhaps the odd thing about all this is that few of these offences are that bad in themselves. Does anyone really think that sending a child to private school is the worst sin imaginable? Obviously not, or we’d all be angry at Boris Johnson – or a range of other Tory MPs and establishment types – for doing it. Is flying that bad? Probably most of us think it isn’t, because most of us do it, just as most people wear leather shoes or eat bacon sandwiches. In fact, the people most likely to hurl the insult “hypocrite” at Emma Thompson and her ilk are people who don’t even believe in climate change, but are nonetheless furious that Thompson is doing something that flouts her own professed moral code.

So why do hypocrites make us so angry? Why is it that Harry and Meghan draw far more criticism than the loathsome friend-to-the-nonces Prince Andrew? My hunch is that it’s because anyone who takes a strong moral stance on anything makes us feel judged. They set themselves up as an arbiter of right and wrong, daring to believe themselves better than the rest of us. None of us enjoys being made to feel bad when we are just trying to muddle along as best we can. This is particularly true when it comes to environmental causes, because there is always something else we could do: stop taking flights, stop driving, stop eating meat, stop using plastic bags. How enraging to be told off about these things by people who are blithely committing these sins themselves.

Yet La Rochefoucauld hit the nail on the head when he said: “Hypocrisy is a tribute vice pays to virtue.” People who have no moral standards can’t be hypocrites. Most of the world’s wealthiest seem to have no qualms about jet setting around the world, living lavish lifestyles, wasting the planet’s resources, buying advantage for their children by sending them to the most expensive schools, or making money from the sweat of the poor and oppressed. Those of us, on the other hand, who care about doing the right thing are constantly faced with difficult moral dilemmas: should I buy my phone from China given its human rights abuses of the Uighur Muslims? Should I shop at this store that sells t-shirts made by eight-year old children for a few pence a day? Should I buy these avocadoes that have been shipped across the world at great environmental cost?

If we hate hypocrisy, we should value its opposite: sincerity. But is sincerity a good quality in itself? Is Tom O’Carroll, a convicted paedophile who openly admits to his sexual preference and blogs about it, morally better than a paedophile who pretends (like Jimmy Savile) to be a morally decent human being? I don’t know about you, but I don’t care for either of them much. Neither do I have a high opinion of General Pinochet, who tortured and murdered thousands of political dissenters, but didn’t, as far as I’m aware, pretend to be doing otherwise. Most of the truly terrible human beings throughout history weren’t hypocrites: they were simply unimaginably awful. No one ever says about Genghis Khan: “And the worst of it was, he was such a hypocrite.”

When we say “It’s the hypocrisy I can’t stand” or “I loathe hypocrites”, it seems to me that what we are really doing is indulging in the activity we most deplore: judging others. We get high on that feeling of self-righteousness. Feeling angry about Harry and Meghan and their private jet is our way of fighting back against judgy people by judging them back. But our anger is out of all proportion to the crime.

The truth is, almost all of us are hypocrites in one way or another. Those of us who have moral standards inevitably fail to live up to them. No one is perfect. Our obsession with other people’s hypocrisy reveals an uncomfortable truth, which is that we disapprove of people for the wrong reasons – not because they are wicked but because they make us feel bad. 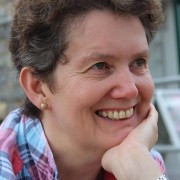 Why we need meditation, not medication