Reflecting upon his brigade’s humbling defeat at the Battle of Bull Run in the Civil War, William Tecumseh Sherman, the vaunted Union general who decimated Georgia, wrote in his memoirs of “goths and vandals [who] brag but don’t perform”…

While presenting a treacherous act of hucksterism on the day in which Congress convened to certify the electoral win of Joe Biden and Kamala Harris, Senators Josh Hawley of Missouri and Ted Cruz of Texas rendered themselves a duo of rogue goths who bragged about correcting an electoral vandalism, in a performance as grotesque as it was patently untrue. In doing so, Hawley and Cruz, at the behest of a president who unremittingly insisted the 2020 election had been stolen from him, fomented the vandalising of the American republic.

As the American people bore witness to this slice of sordid and frightening history, Sherman’s fabled gallantry comes to mind, given it was everything Trump and his foot soldiers’ attempted putsch was not. Having nobly fought to salvage a nation riven by the scourge of slavery, and consumed by racial tribalism, Sherman famously marched through Georgia toward the sea, scorching the infrastructure of the traitorous Confederate cause, but not before leaving Atlanta, as he recounted it, “smouldering and in ruins”.

Confederate nostalgia avowedly never gets old, given the evidence of the Confederate flags inside the Capitol building this past Wednesday, which even Abraham Lincoln prohibited at the height of the Civil War. The Confederacy, like those who tried to topple the government on January 6, 2021, were traitors to the then eighty-four year old American nation. By February 1861, eleven southern states had seceded from the union, and were willing to rend the United States over the issue of slavery, and thus form the Confederate States of America. This treasonous schism led to the deaths of 618,00 Americans until the last drop of blood was spilled, and the South surrendered at Appomattox, Virginia. The attempted coup last week, replete with (mainly) wrathful white men draped in Confederate and Nazi paraphernalia, no less, was another traitorous exercise in anarchy, lawlessness and sedition. Indeed, the Trump incited mob which stormed the Capitol, killing more people than the number who perished at the American embassy in Benghazi, including a Capitol police officer, are the spiritual descendants to the same contemptuous and inglorious cause.

Indeed, had this thwarted insurgency counted largely Muslims or People of Colour as its majority participants, they would have been shot in cold blood. The government would likely have had snipers at the ready, with guns pointed from the Capitol rooftop. The resisters would have been condemned as enemies of the state. There would be no difference in their categorisation from the way in which Hoover’s FBI disparagingly branded Martin Luther King, Jr. a Communist. As it is, Fox News and other right-wing outlets have regularly affixed the label “Marxist” on Black Lives Matter protesters, when they are not otherwise accusing them of hyping the effects of police brutality as an excuse to incinerate American cities. The right-wing media-sphere would have stoked the flames of white grievance and racial animus without interruption. If this seems incomprehensible, then you are inhabiting the same delusional world where both the Republican governor and the Secretary of State in Georgia conspired to steal an election from a president of their own party.

The Capitol Building, perhaps more than the many historical sites which dot the Washington D.C. landscape (with the exception of the White House) feels like hallowed ground. The only time in my life when I (temporarily) lived in Washington D.C., was when I worked as a young intern for both the House of Representatives and the Senate. In this majestic building’s intimidation, I found not only sanctuary, but a veritable sense of patriotic pride. The interior of the Capitol is unsurprisingly stately and ornate, with both chambers interconnected by a nexus of corridors, chambers and tunnels, and with a capacious rotunda at its centre. Atop the Capitol’s neoclassical rotunda is its dome-shaped roof, which was constructed only after the British had partially destroyed the original building in the American skirmish with Great Britain during the War of 1812. Watching a feral American mob ransack what is also known as “The People’s House,” vandalising statues, and defecating in congressional offices, even taking selfies with some of the purportedly complicit Capitol police, was nothing less than watching a terrorist attack on the American experiment, and in real time.

Apart from my fear and rage, however, was the heart-searing reminder of the far reaching and potentially irreversible damage that is Trumpism. The first president to be denied a second term since Bill Clinton snatched the presidency from George H.W. Bush in 1992, and only the third incumbent to lose re-election since the Second World War, Trump’s toxic four years are anything but inconsiderable. Call it for what it is. Trumpism is a scourge. It’s a racial grievance movement galvanised by vengeance and demographic panic. It’s also a truth-shedding, reality warping swindle, which conceivably makes it more dangerous as a consequence. Trump should definitely be impeached again (which as of this writing may still yet happen) only so he would be forever prohibited from serving in higher office, and from receiving the office’s taxpayer funded post-presidential perks. His rabble rousing bombast worked his horde up into a violent lather. Trump has been the most putrid and invidious influence on our body politic in the American republic’s 244 year history. There is danger in his doltishness. The seventy-four million people who opted to give him a second term, should never be given the opportunity to vote for him again. They were unbothered by the past four years of his autocratic wreckage. Accordingly, their emboldening of his tyranny, wittingly or not, makes them no less culpable.

Seemingly in counterpoint to Trump’s electoral arson were the twin senate victories of Raphael Warnock and Jon Ossoff in Georgia. In a state which was once the cradle of Jim Crow segregation, and a bonafide hotbed for the Ku Klux Klan, voters in the Peach State sent both the first African-American man and the first Jewish man to represent them in Washington for the first time in Georgia’s history. It’s all the more fitting that Warnock and Ossoff triumphed, given that Warnock’s opponent, Kelly Loeffler, hit the campaign trial with a onetime Klansman, and David Perdue dog-whistled anti-Semitic innuendo and stereotypes in an attempt to torpedo Ossoff’s candidacy. This against the backdrop of a president who in a taped phone call with Georgia Republicans and other election officials, continued to bask in the radiance of his own lies, in asking that they find him the 12,000 votes or so, by which Biden won the state, but not before reminding them he carried Georgia by “hundreds of thousands of votes.”

As for the “Vichy” Republicans, who cravenly coddled and brazenly enabled their despotic dear leader, their sins are now wholly ineradicable. Republicans who now step forth as heroes of democracy when they have been this president’s most willing and complaint sycophants are also repugnant and irredeemable hypocrites. Not just Hawley and Cruz, who doubtless should be forced to resign. But nearly the whole lot, who now feign shock and ‘concern’( we see you, Susan Collins) at the genuine threat Trumpism poses to our union. They don’t deserve extra candy for suddenly doing their job when authoritarianism has metastasised as a result of their indulgences. Every one of these Republicans who spinelessly stood by as this narcissistic usurper made a mockery of our founding principles must lose. America can’t forget. America won’t forget. This still young country is on a fractured precipice, so it’s up to the sane and authentically patriotic among us, to be a formidable bulwark against our avoidable, if potential demise.

Trump’s unwillingness to acknowledge Biden’s win, and his impeding a peaceful transfer of power hasn’t been just deranged or ludicrous. It’s been a bullet into the republic’s chest and heart, contusing the sinew of the American experiment which has been, up until this point, the most durable exercise in self-government in political history.

Trump’s great unraveling, aided and abetted by his sedition caucus in Congress and the spewing of right-wing venom on the airwaves, has been an exercise in wanton destructiveness, and that’s before the mob laid waste to the Capitol. But make no mistake: a post-truth climate which casts doubt (however baseless) on the results of free and fair elections is, not unlike the attack of the angry mob, an authoritarian attack on our country from within. The Republican Party is a factionalised, conspiracy-driven, white grievance party, whose essence is Trumpsim. Though men like Hawley and Cruz beclown themselves by throwing bloody chum into the shark-infested waters of the lunatic, QAnon fringe, they nonetheless assault our Constitution, rile up the aggrieved, ignite racial discord and are accomplices to violence.

The Trump presidency will end January 20th 2021 at noon. But the waft of its odious scent, and the sedimentation of its tyranny, portend further rupture. The terrorist faction who stormed America’s Capitol and threatened the lives of its duly elected representatives was harrowing, if mostly because Americans have long taken comfort in the belief that such an insurrection could never happen here. Talk of unity following this assault’s destructive aftermath is both premature and galling. I know no immediate remedy for America’s ever yawning political breach. But the eighty million of us who repudiated Donald Trump this past November, owe neither compassion nor understanding for his moral bankruptcy. We may take no prisoners, but as a potent antidote to Trumpism, all we can and must do, is to tell the truth. 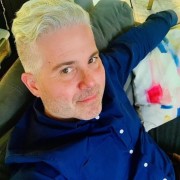 Trump gets his wings clipped

I couldn’t help but wonder... is this a revival too far?