From Monday 14th September, there would be a blanket ban of groups of more than six people meeting, either in each other’s homes, or outside.

My immediate reaction last Monday night was a selfish one. I had been hard at work planning a big, black-tie garden party with a Great Gatsby vibe: caterers, cocktails and a jazz trio. People were coming from as far away as Windermere and Devon, even Budapest.

This news was particularly disappointing, because I had already moved the party once. My birthday fell in May, right in the middle of lockdown, so festivities obviously had to be cancelled. It took quite a bit of planning and driving friends crazy with emails, but I rescheduled for 19th September. A Covid-safe window while the weather was still good enough to socially distance outside. My boyfriend was coming from New York especially.

I’d always suspected there was a risk my party might be cancelled again. So, on Monday night, once my immediate disappointment had passed, I was philosophical for a few hours.

But, then, yesterday morning, I looked at the small print around the new restrictions. Weddings of up to 30 people were still allowed to go ahead. I mean – hang on – what? The virus sees a lady in a white dress and takes a swerve? Maybe I should dig out my old wedding tiara, get my dad to make a speech, and have a party after all.

I read on. Team sports, ‘family bubbles of over six’ and crowded pubs were still allowed. The Government was still “reviewing” plans to let people into sports venues in October.

It did not make any sense.

Later that day, I watched the Prime Minister’s press conference.. ‘Get Brexit Done’ and ‘Stay Home Save Lives’ had mutated into ‘The Rule of Six’. Repeated again and again. Like some terrible ad slogan for how may eggs you should eat a week.

The information was muddled and inconsistent. Boris: “we could have some aspects of our lives back by Christmas.” Chris Whitty: “the period between now and spring is going to be difficult because this is a respiratory virus.”

I don’t remember everything, because I was repeatedly shouting ‘“fuck off!” at the telly.

Announcement after announcement made me feel ill. £100 fines for breaching the ban. Locked-down universities. The thing that really stood out was talk about a force of “Covid-secure marshals” to enforce the bans – like Coronavirus traffic wardens.

Can you imagine the kind of person who would apply for that job? Nosy, mean-minded form-fillers, those who like wearing uniforms and glory in dobbing in their neighbours. I started to imagine the marshals chasing groups of people down the road, in shiny boots and high-vis jackets. Like Keystone Cops crossed with Benny Hill.

And pity the poor police who are going to have to oversee all this. “Yes, it’s attempted murder, but I’m afraid I’ve heard about a gathering of eight teenagers in Highgate Wood.”

So far, so stupid, but it took me a while to put my finger on why I was so upset. Later in the evening, it hit me. This was a gross erosion of civil liberty, the freedoms on which we pride ourselves in this great country. Places like Spain and France have martial law in their history, so probably are more easily resigned. We do not.

And with these new Stasi-type enforcers, Marshal Law, quite literally.

Much of lockdown has been achieved through consent. We wanted to help the NHS and save lives. It did feel a bit like the Blitz, all that clapping on Thursdays, even if it went on a week or two too long. We got the message – rather too literally, as it happens – we don’t want to go back to work), because we “bought in” to it. I could say more, but no-one could say it better than the brilliant columnist Michael Deacon in today’s Telegraph.

(Michael also had to cancel a milestone birthday party.)

Yes, the “Torygraph” has turned. And so have I.

After a lifetime of voting Labour, I somewhat reluctantly voted Conservative for the first time in December. It was largely because I couldn’t stand the alternatives – particularly the undercurrent of antisemitism in Corbyn’s Momentum, but also because I quite liked Boris Johnson.

Unlike many acquaintances who loathed BoJo and all he stood for, I was ill during the Brexit debate. I missed much of the associated emotion. And despite having pro-European/ Remainer sympathies, the politics of Brexit (when I later caught up on them), didn’t affect me on a visceral level. Boris seemed optimistic, articulate and clever – especially compared with his cold, humourless adversary. Having met him briefly at an editors’ drinks, I had seen his considerable charisma at work. While one Lib Den supporter I know danced with Schadenfreude when Boris was in ICU with Covid, I was genuinely upset.

But at the press conference yesterday, it was like a switch had been turned off. The deliberately-ruffled schoolboy blathering stopped working for me. Bumble bumble waffle waffle piffle piffle, on and on he went. It was all I could do to stop myself hurling the remote through the screen.

And I really don’t think I’m alone – certainly if social media is anything to go by. A friend on the right said that Boris should “bore off”. An acquaintance on the left wrote: “Just shut up. Shut up. Shut up, you bombastic mendacious OAF. ALSO STOP INVOKING THIS SODDING ‘RULE OF SIX’ LIKE SOME KIND OF SODDING CUT-PRICE GANDALF.”

The likes and laughs and ‘angry emojis’ which came from people all the way across the political divide, said an awful lot.

The afternoon before the latest raft of restrictions, I was interviewing a top Cambridge virologist: a mild and apolitical fellow. “They had better let people off the leash soon,” he said. “Otherwise they will start to riot.”

Yeah. Chased down the street by your old school bully, waving a £100 ticket, blowing a whistle, while a lanyard bearing the title “Covid-secure marshal” flaps comedically into his face. 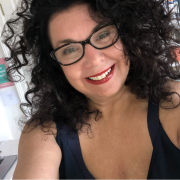 Isn’t it about time we left Britney Spears alone?

What's next for the Kardashians?