All the bars and restaurants have now reopened in the UK, inside and out. But this new found culinary freedom has borne a litany of poor customer service…

The (not so) great British service became very apparent over the weekend when a friend came to visit and we dined out. Not to name names, but over the course of four days we must have visited close to 10 different bars and restaurants in Liverpool and Manchester city centres. I’d say 80% percent of those were a mess.

Staff were running around like headless chickens, drinks took more than 30 minutes to arrive, QR codes didn’t work properly and burnt food arrived after an hour! Yes, eateries now have a new Covid drill to contend with but that should only mean less guests and more time for making sure customers are happy.

One well-known bar we visited had QR codes engraved into metal squares secured to the tables – they looked funky but didn’t work at night with poor light. At the same time, the bar was at about 25% capacity with a number of bar and waiting staff at hand. The problem here is that they didn’t have a system in place for when the QR codes weren’t working and people were unable to order via their phones. It ended up with me having to call the bar from my mobile phone to get someone to come and take our order (after sitting there for about 20 minutes). And when the waiter arrived he was quite rude about having to actually walk to a table to take an order.

In another instance, this time in Manchester, a highly rated restaurant (which I’d visited many times before and the food was amazing) won the award for worst service and food I’d ever received. And I mean that genuinely. This time we ordered directly from the waitress, but they had a large number of tables outside so it meant drinks took more than 30 minutes to arrive. Very annoying if you’re trying to have a good time and are waiting that long between each drink for the next.

Two drinks later we decided to sit at the dinner table to order our food – an hour later it arrived burnt. The staff were running around not really knowing what to do or where they were going – we could see food being sent back by other people complaining so it wasn’t just us! In the end, the manager discounted the food from our bill and apologised for the staff having, “the worst night ever where everything went wrong!” It was a familiar tale.

By all accounts this isn’t a problem localised to Liverpool. A friend told me she had a similar issue in London over the weekend. The staff seemed really stressed out and things kept going wrong left, right and centre. “I wonder if it’s because of new staff, people who lost their jobs now taking what they can and having to be trained? Then again, it’s also management being lax and badly prepared,” she said.

You would have thought that with so many people clambering for jobs now that diners have reopened they would be eager to help and give customers good service. But it just doesn’t seem to be the case. One bad experience deserves the benefit of the doubt, two is borderline acceptable but a litany of poor service in multiple cities just doesn’t cut the mustard.

Whatever happened to the great British service? It is certainly not evident in the UK right now. 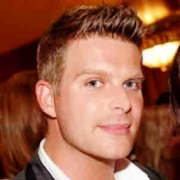 Imitation - the sincerest form of flattery