Young men – and they are mainly men – have liked driving souped-up cars ever since Henry T. Ford had an idea…

From the customised Fords and Chevvies of 40s and 50s America, to the Capris of 70s Britain, to the Subarus, BMWs and customised Clios of the 80s and 90s, boy racing has been around ever since rubber hit tarmac.

But something has changed. When COVID-19 screeched into 2020, it brought us all to grinding halt. The ensuing lockdowns enforced a new stillness across the world. A real disease was here and this one wasn’t mucking about. It was killing people at an alarming rate and was indiscriminate in its choice of victims. The roads emptied and the number of vehicles on the UK’s roads dwindled from its usual size. Behold: a boy racers’ paradise.

Before I go any further, I have a confession to make. I grew up in Essex in the 1970s and 80s. Essex is the heartland of the boy racer. Ford famously has its UK manufacturing and testing plants in Essex. Essex and Kent have lots of long, fast roads. But Essex isn’t the only place where this particular virus exists, spreads and kills people.

But you think some ‘straight piping’, alloy wheels, low profile tyres, a retuned engine and maybe a massive plastic spoiler on the back will turn your little Renault into a Lamborghini. You’ve seen every single instalment of the Fast & Furious franchise and you loved Top Gear. You know how to drive. You know how to ‘donut’ and pull off a hand-break turn in some murky car park behind an industrial estate in Chingford. You are in that movie! You are Vin Diesel! You, my sad little chum, are a danger to society.

When you fail to grow up but succeed in acquiring some money, maybe it will be a Beemer, a Suburu or a Golf GTi. Maybe you’ve really made it and, thanks to a bit of wheeling and dealing or a job that pays the big bucks, you’ve graduated to an Audi R8 or a Land Rover Discovery? The problem is, none of this has turned you into an actual adult – i.e. someone who gives a toss about other people.

Why not drive around with your car back-firing and your engine at full stretch, going a few decibels over the speed limit, no matter what kind of road you’re on? Anything – anything that will get all eyes and ears on you. You are impressing everybody, right? Especially the ladeez and your mates or that old bloke on the push-bike your nearly squashed into the side of that bus just now.

The old folks and the parents with kids and pushchairs and bags of shopping all look up to you like you’re some sort of god. They love it when you do 60 in a 30-mile an hour zone or the sound of your car revving, screeching, popping and maybe even smashing into something in the middle of the night wakes them and the kids up.

And when you’re on the motorway, it’s free-wheelin’ funtime! Go on, drive right up behind that car in front and stay there until they get out your bloody way. Flash your lights, tailgate, undertake and weave your way past every other vehicle on the road! Who cares if you cause a massive pile up? The main thing is that you look good. You are cool and sexy and exciting. The police don’t care, right? They’ve got more important things to worry about.

This is not what anyone anywhere needs when COVID-19 has already turned our lives upside down. The thing is, little man, if you’re not careful, one day, you too could be upside down, hanging in the wreckage of not only your car but your own life and those of the people you killed or injured along the way. So put your little toy away. Don’t be the disease. Find something better to do. Things are bad enough as they are. 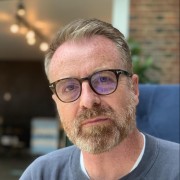