Females are brought up from an early age to conform to what society wants – and it really doesn’t want feisty girls and women.

I grew up in a matriarchal family. Unfortunately, the matriarch concerned preferred all things male, except for my father who worked abroad.

So, as the younger sister with two older brothers at the top of the pecking order, I was conditioned to defer to men and to try and please them. A habit that continued for a major part of my life. To my detriment.

I’m reminded of this when I read the brave article written by Kitty Dimbleby and her mother Bel Mooney about Kitty’s own experience of being forced to be intimate at the age of 14 by a 19-year-old. It’s generated a great deal of discussion within a Facebook page I’m on. The discussion is not about Kitty’s case, it is about society and women and men and sex and how confusing it all is.

One person on the site worries we are bracketing male offenders into a one-size-fits-all group and asks if a male who is not much older than the female should be treated in the same way as a man who has committed even more heinous crimes.

I find I have strong views.

A 19-year-old man who assaults a 14-year-old girl is guilty of a crime. He deserves to be punished and should be. The girl should be able to report it and be believed. She should never, ever, feel guilty.

It is a little more complicated if I imagine that a 14-year-old girl and boy are involved in a consensual sexual relationship. That is still against the law. However, I’m not sure I’d want the teenage boy to be put on a sex offenders’ register if the romance ever became public and authorities were involved. I believe there needs to be room for individual consideration, rather than having an across-the-board rule.

But many girls and women will recognise Kitty’s story and will have similar tales of their own. Women, I explained to my Facebook friend, are conditioned from early childhood to be polite and find it hard to say no under almost any circumstances. They are brought up from an early age to conform to what society wants – and it really doesn’t want feisty girls and women.

I have heard little girls in the middle of a toddler tantrum being told: “That’s not very ladylike” or “If you want to be daddy’s/mummy’s little girl, you won’t do that ….” It’s inevitable that, as the years go by, they learn to keep their own desires and feelings in check and to comply with the outside world. I can understand how young women might have ended up in such a situation – and how they still do. It’s nobody’s fault, it’s just the way it is. Or has been, at any rate.

But it needs to change.

We need to teach our female children that they can say no and we will respect and accept it. And this has to start from an early age; we need to allow them to know they are individuals of whom we are proud, not a second-rate female that has to fit into a stereotypical box.

That way our girls and women learn to listen to their own inner voice; the voice that gives them guidance about who they really are. The more they practise it, the more able they will be to grow into the person they want to be. That matters more than you can imagine. If the internal part of you becomes increasingly upset or angry with how you seem – or are forced to be – there will be conflict. And it’s not just you who will suffer, but others around you.

Then, we also need to remember to teach boys and men that women who are articulate and fiesty are to be applauded, not diminished. That, too, has to start at a young age. It took me a long time to learn to practise what I preached – and I had to deal with a lot of anger within me before I could make my own changes. Once I did, I became fierce with my young male relatives to ensure they treated girls well, leaving them in no doubt that I’d take the girls’ side if I felt the boys had behaved badly. I’m proud of how those boys (now men) have turned out.

I’d like to end this by pointing out that some girls can be a bit devilish as well and, if we’re looking to celebrate the individuality and feistiness of women, we need to recognise that too. I speak as someone who observed the behaviour of some 14-year-old girls at my single-sex boarding school. Occasionally, their boyfriends came to visit. It was quite a shock to bump into them. 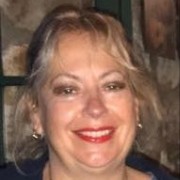